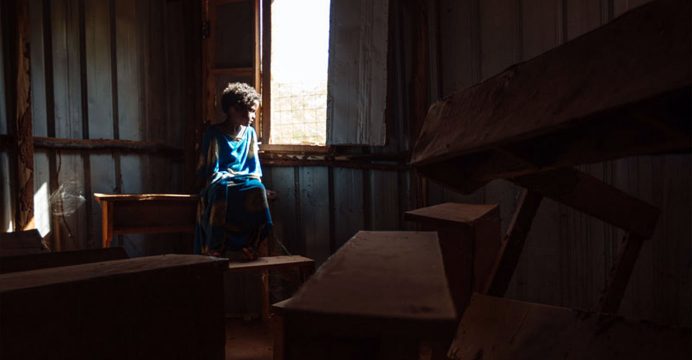 The East and Horn of Africa is experiencing the worst drought the region has seen in decades. Since 2016, repeated failed rains have led to severe food insecurity and to increasing numbers of internal and cross border displacement.

The number of people in dire need of humanitarian intervention in the region continues to grow, estimated at 16 million people in May 2017. The UN Migration Agency (IOM) is appealing to the international community for USD 60,655,000 to help displaced people and the communities hosting them in four of the worst affected countries; Ethiopia, Djibouti, Kenya and Somalia. The full appeal can be found here.

Impacts of this severe drought include food and water shortage, health and nutrition deterioration, significant livestock deaths and crop production losses. The drought is affecting the region’s main source of water – the river basins. Over the past six months, severe drought conditions have contributed to the displacement of more than 700,000 people within Somalia. While in Ethiopia, 316,128 have been newly displaced since the beginning of 2017 and over 41,000 in Kenya due to the impact of the drought.

In addition to this, the drought has also triggered cross border movements, particularly between Somalia–Ethiopia and Somalia–Kenya. Due to increased access to beneficiaries and an early response, the numbers of cross border displacements, so far, have been less than in 2011, when the last severe drought occurred. However, cross border movements may increase if humanitarian support is not sustained, especially considering expected below-average rainfall.

Through this appeal, IOM intends to target six million drought-affected individuals from April to December 2017 across Somalia, Ethiopia, Kenya and Djibouti with a combination of lifesaving and early recovery interventions. IOM’s response will provide immediate humanitarian aid, as well as solutions and long-term recovery options to people in each of these four countries, building their capacity to recover.

“Although the impressive efforts from communities, Governments and international actors have so far managed to prevent the current drought escalating to famine, we are still in the midst of a major life-saving intervention and there is need for sustained funding and international support to mitigate what could still deteriorate,” said Jeffrey Labovitz, IOM Regional Director for East and Horn of Africa.

“In the coming months, we are likely to see many more needing humanitarian aid and being displaced, due to the poor rains. In the long run, the need to address root causes and scale up prevention mechanisms will be imperative to support affected communities to fully recover,” added Labovitz.

Preventing and addressing the root causes of forced migration is as pressing as immediate humanitarian support. IOM will aim to ensure that the affected communities are able to participate in crafting interventions that mitigate the mid- and longer-term consequences of this drought, with the security that their current pressing needs are being met.