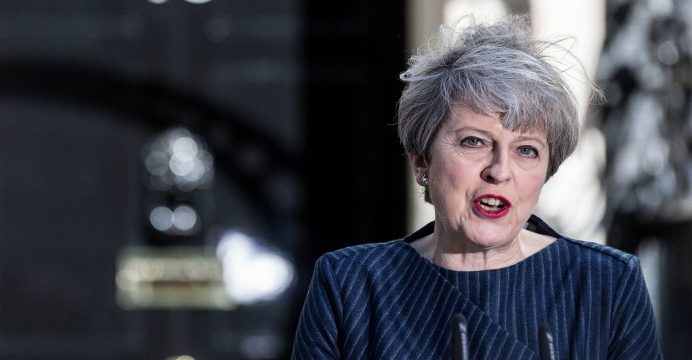 British Prime Minister Theresa May’s Conservative party resumed talks on a deal to prop up her minority government on Wednesday as she faced a battle over her Brexit strategy just days before EU divorce talks are due to begin, reports Reuters.

As Britain entered a sixth day of political turmoil, May’s team continued talks with Northern Ireland’s Democratic Unionist Party (DUP) to secure their support in parliament after May failed to win a majority in Thursday’s election.

But a deadly fire at a tower block in London could delay the announcement of any deal, BBC political reporter Norman Smith said. He also said Brexit talks could possibly be delayed.

May’s botched election gamble has left her so weakened that her Brexit strategy is the subject of public debate inside her party, with two former prime ministers calling on her to soften her EU exit approach.

Following more than an hour of talks between May and DUP leader Arlene Foster on Tuesday, May said the discussion had been productive and Foster said she hoped a deal could be done “sooner rather than later”. 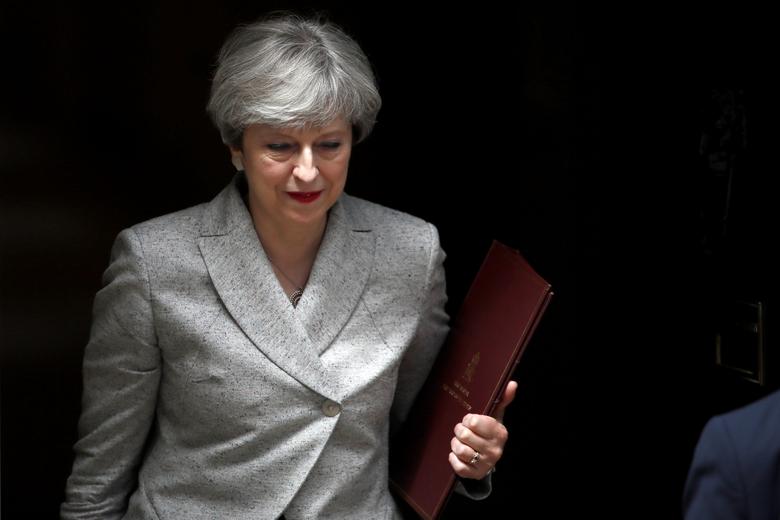 Despite the uncertainty over her ability to govern, May had confirmed that Brexit negotiations – expected to be the most complex international talks Britain has held for decades – would begin as planned next week.

“There is a unity of purpose among people in the United Kingdom,” May said following a meeting with French President Emmanuel Macron in Paris.

“It’s a unity of purpose, having voted to leave the EU, that their government gets on with that and makes a success of it.”

But pressure was mounting for May to change course on the type of Brexit Britain should pursue.

The Times newspaper said finance minister Philip Hammond would push May not to leave the customs union – an arrangement which guarantees tariff-free trade within the bloc but prohibits members from striking third-party trade deals.

The report cited unnamed sources, and the finance ministry declined to comment.

Nevertheless, it illustrated the challenge May will face in the remaining days before the EU divorce talks begin: finding a position that satisfies both pro-European and eurosceptic factions of her party if she wants to remain in power.

European politicians also appeared to detect a shift in the mood around Brexit, with France’s Macron saying the door was open until the negotiations had concluded for Britain to remain a member of the EU. Once done, however, Brexit would be difficult to reverse.