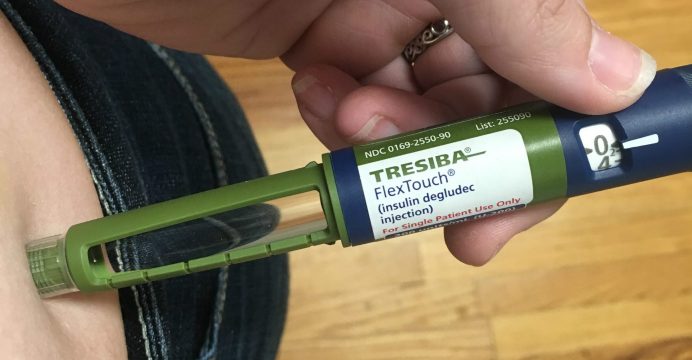 Findings from the real-world study, EU-TREAT (European TREsiba AudiT), were presented at the American Diabetes Association’s 77th Scientific Sessions (ADA) in San Diego, US. The study showed that people with type 1 diabetes and type 2 diabetes experienced a significant reduction in HbA1c (-0.2% for type 1 diabetes and -0.5% for type 2 diabetes) 6 months after switching to Tresiba® from another basal insulin, primarily insulin glargine U100 and insulin detemir, in a real-world setting. These results were sustained at 12 months.

In addition, a significant reduction in fasting plasma glucose was observed at 6 months (-18.7 mg/dL for type 1 diabetes, and -23.7 mg/dL for type 2 diabetes) and maintained for 12 months.1, 2 The total daily insulin dose also decreased significantly in people with type 1 diabetes (-4.9 units) and type 2 diabetes (-2.5 units) at 6 months, and remained stable at 12 months.

“Our real-world data presented at ADA reinforce what we have seen in the clinical trial programme, demonstrating improved glycemic control and significantly reduced risk of hypoglycaemia when patients switched to Tresiba® from other basal insulins such as insulin glargine and insulin detemir.”

Also presented at ADA were analysed from the US, using the IBM Explorys platform, that similarly assessed the clinical effectiveness of switching from any other basal insulin to Tresiba® in people with type 2 diabetes. After switching to Tresiba®, HbA1c decreased significantly (-0.75%), and the percentage of people reaching their target HbA1c of <7% more than doubled (increased from 5.3% to 12.4% at 90 days).