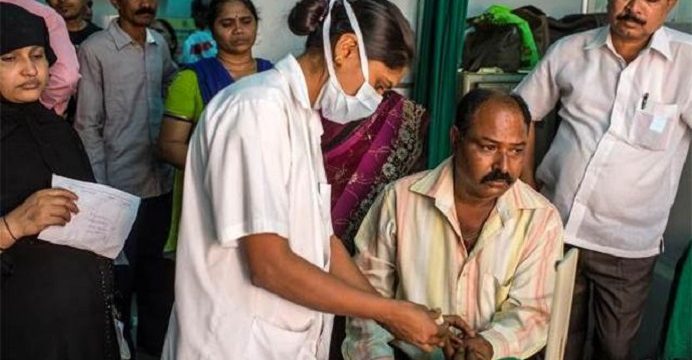 India’s diabetes epidemic is shifting, with the disease now increasingly common among people from low socio-economic backgrounds living in urban areas of the more affluent states, according to a study published in The Lancet Diabetes & Endocrinology journal. The authors say the findings should cause concern in a country where most treatment costs are paid out-of-pocket by patients, and highlight the urgent need for effective prevention measures.

The Indian Council of Medical Research – India Diabetes (ICMR-INDIAB) study is the largest nationally representative study of diabetes in India and includes data from 57000 people across 15 states.

As part of the study, each person had their body weight, height, waist circumference and blood pressure measured. Glucose tolerance tests were used to diagnose diabetes and pre-diabetes.

The prevalence of diabetes across all 15 states was 7.3% and rates varied from 4.3% in Bihar to 13.6% in Chandigarh. Almost half of the people in the study did not know they had diabetes until they were tested.

Additionally, the rates of diabetes in rural areas were much higher than those identified in previous studies. The authors note that since 70% of the population in India lives in rural areas, even small increases can translate into several million more people requiring chronic care in areas with poor access to health care.

“Our study suggests that cities in the country’s more affluent states have transitioned further along the diabetes epidemic. As the overall prosperity of individual states and the country as a whole increases, the diabetes epidemic is likely to disproportionately affect the poorer sections of society, a transition that has already been seen in high-income countries,” explains senior author Dr Viswanathan Mohan, President, Madras Diabetes Research Foundation, Chennai, India, the national coordinating centre for the study.

“This trend is a matter of great concern because it suggests that the diabetes epidemic is spreading to individuals who can least afford to pay for its management,” adds Dr R. M. Anjana, lead author of the study, Vice-President, Madras Diabetes Research Foundation.

“The high rates of pre-diabetes across the country imply the existence of a huge number of individuals who could conceivably develop diabetes in the near future. Our findings have serious implications for the country’s health and socioeconomic development and highlight the urgent need for implementing effective preventative measures,” says Dr Mohan.

The authors note that the study did not differentiate between type 1 and type 2 diabetes.