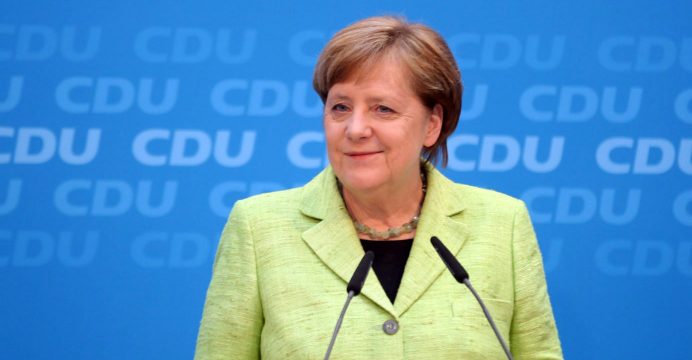 Germany’s Chancellor Angela Merkel on Friday backed Mexico to press for a successful renegotiation of the North American Free Trade Agreement with Donald Trump, thanking its government for keeping German interests in mind during the talks.

Germany and Mexico have pursued policies tailored toward exporting manufactured goods, and both ran trade surpluses of more than $60 billion with the United States last year.

Many of the biggest names in German manufacturing have factories in both Mexico and the United States, including carmakers such as Volkswagen, BMW and Daimler.

However, tension over trade has surfaced under U.S. President Trump and his “America First” policy.

Claiming that their gains have come at the expense of U.S. manufacturers, Trump has repeatedly attacked Germany and Mexico over their trade surpluses. And he has vowed to withdraw from NAFTA if he cannot renegotiate it in favor of the United States.

Speaking on a visit to Mexico just a few weeks after her foreign minister visited the country and backed its pro-NAFTA stance, Merkel said she was pleased the deal’s signatories, the United States, Mexico and Canada, were talking about an update. 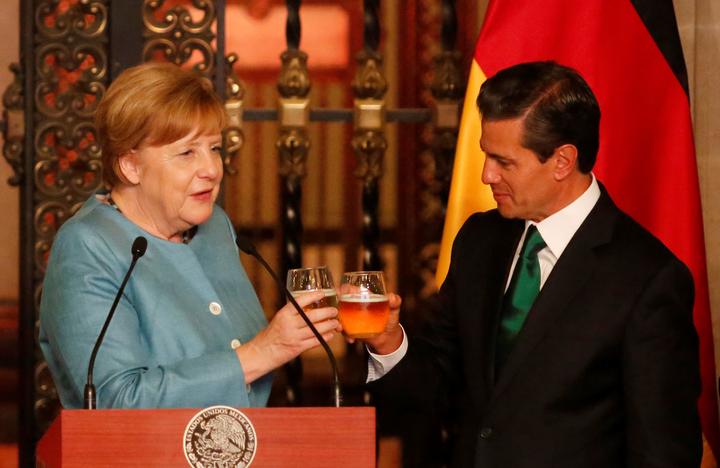 “I hope these talks are a big success,” she said at a news conference alongside President Enrique Pena Nieto in Mexico City. “And I’d like to offer thanks that the interests of German companies are also being taken into consideration.”

Mexico and Germany reject Trump’s hostility to NAFTA and say flourishing trade has brought benefits to all.

Formal talks between the United States, Canada and Mexico to start renegotiating the accord that took effect in 1994 are expected to begin from around mid-August.

Merkel also welcomed the fact that sectors like energy could be included in the NAFTA revamp, after Mexico opened up its oil and gas market to private investment at the end of 2013, ending a longstanding state monopoly on production and exploration.

Still, unruly parts of Mexico where organized crime holds sway have rattled some investors, and gang violence has recently been on the increase again.

Merkel said Mexico faces big challenges from organized crime, adding that Germany was willing and able to help in that fight. She said Europe, like Mexico, was also suffering from problems linked to violence like terrorism.

Merkel also said she hoped for a speedy conclusion this year to talks between Mexico and the EU to update a free trade accord.