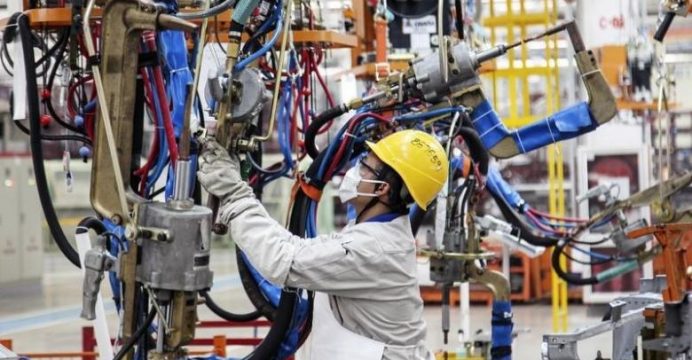 Prices for goods at the factory gate in China missed expectations in May, the government said on Friday, in a possible sign of weakening demand for the world’s second-largest economy.

The producer price index (PPI) rose 5.5 percent year-on-year, according to the National Bureau of Statistics (NBS), slightly lower than economists’ expectation of a 5.6 percent increase in a Bloomberg News survey and down from a 6.4 percent gain in April, reports BSS.

The PPI is expected to “hover around the current level for a while” before falling further in the year, Tommy Xie of Oversea-Chinese Banking Corp. told Bloomberg.

For years the world economy has been mired in tepid inflation or deflation which, if persistent, tends to be bad for industrial prospects and economic growth because customers delay purchases in hopes of getting cheaper deals in the future, starving companies of business and funds.

China’s consumer price index (CPI), the main gauge of retail inflation, rose 1.5 percent year-on-year in the month, up from a 1.2 percent increase in April, according to the NBS.

“The pick-up was entirely driven by an increase in food price inflation,” Julian Evans-Pritchard of Capital Economics said in a note.

Beijing has said it wants to reorient the economy away from relying on debt- fuelled investment and towards a consumer-driven model, but the transition has proven to challenge, leading to the slower growth readings in recent years.

China’s economy, a vital engine of global growth, expanded 6.7 percent for all of the last years, the slowest rate in a quarter of a century. But a slight uptick in the last three months of 2016 provided signs of stabilization.

China posted a strong reading in foreign trade in May, but data has also shown contraction in manufacturing, hinting at deteriorating conditions for producers in the country.