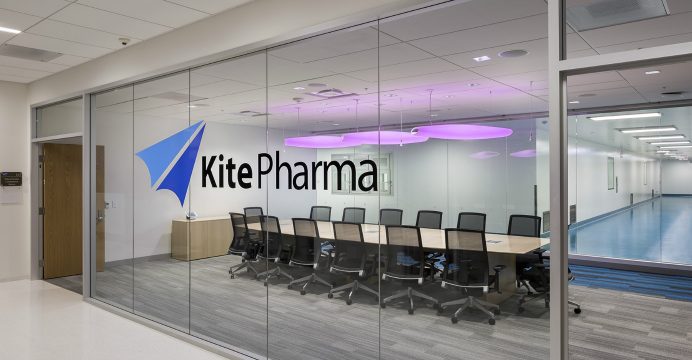 Kite Pharma Inc said on Monday it planned to launch in the fourth quarter of this year a Phase 2 trial of its experimental T-cell therapy in leukemia patients, possibly at a lower dose than is currently being tested.

Updated early stage trial data presented at the annual meeting of the American Society of Clinical Oncology showed that use of the therapy, axi-cel, induced remission in 73 percent of 11 evaluated patients with relapsed acute lymphoblastic leukemia (ALL), reports Reuters.

Axi-cel belongs to a new class of therapies called chimeric antigen receptor T-cells (CAR-T) using a complicated process of extracting immune system T cells from an individual patient, altering their DNA to sharpen their ability to spot and kill cancer cells, and infusing them back into the patient.

“We are encouraged by the results in this extremely difficult-to-treat patient population,” said Kite Chief Executive Officer David Chang.

Axi-cel is under review by the U.S. Food and Drug Administration for the treatment of advanced non-Hodgkin lymphoma, a different type of blood cell cancer.

Kite said that to improve the safety profile of axi-cel, more patients would be given the anti-inflammatory drug Actemra after their infusions, and it would test a lower 500,0000-cells-per-kilogram dose of the CAR-T cells. In the current ALL trial, patients are given either 2 million- or 1 million-cells-per-kg of body weight.

“Our assessment is that there isn’t much difference between those two – no loss of efficacy, so we decided to look at one more dose of 500,000 cells per kg,” Chang said.

Competitor Juno Therapeutics Inc gave up earlier this year on developing CAR-T candidate JCAR015 for ALL after toxicities and patient deaths. Both JCAR015 and axi-cel target a protein called CD19 found on cancerous blood cells.