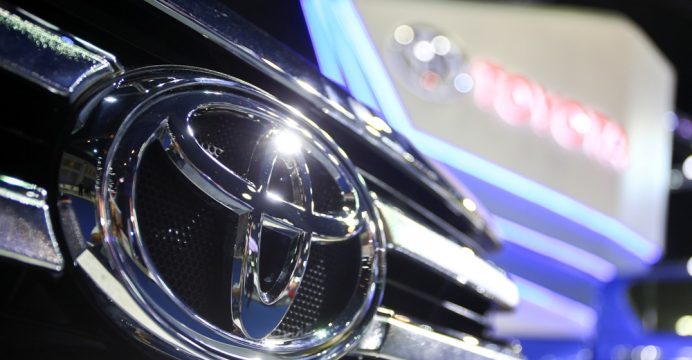 Toyota Motor Corp said on Saturday it had sold all shares in Tesla Inc by the end of 2016, has canceled its tie-up with the U.S. luxury automaker to jointly develop electric vehicles.

Japan’s biggest automaker had bought a 3 percent stake in the Palo Alto-based automaker for $50 million. Toyota spokesman Ryo Sakai said the company had sold all of its shares in Tesla as of the end of 2016, part of a regular, periodic review of its investments after it had initially sold down a portion in 2014, reports Reuters.

“Our development partnership with Tesla ended a while ago, and since there have not been any new developments on that front, we decided it was time to sell the remaining stake,” he said.

A Tesla logo hangs on a building outside of a Tesla dealership in New York, U.S.

In November, the Japanese automaker appointed its president to lead their newly-formed electric car division, flagging its commitment to developing a technology that it has been slow to embrace.

The department comprises a new in-house unit to plan Toyota’s strategy to develop and market electric cars as part of the company’s efforts to keep pace with tightening global emissions regulations.