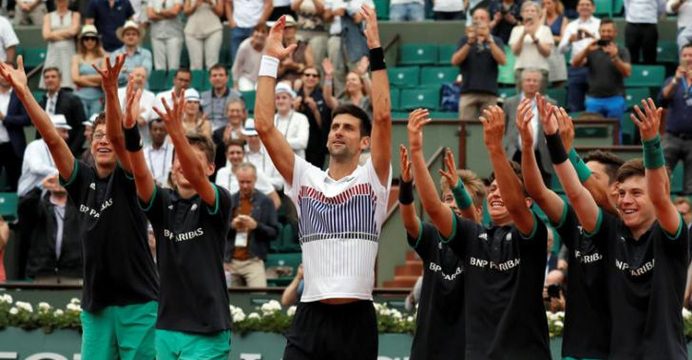 Defending champion Novak Djokovic survived his first stern test at the French Open on Friday, as he came from two sets to one down to overcome world number 41 Diego Schwartzman 5-7 6-3 3-6 6-1 6-1 and move into the last 16.

The second seed, now joint third on the all-time list for most wins at Roland Garros with 58, was on the back foot for much of the match, allowing the Argentine to dictate the pace from the baseline.

He broke early to go 3-1 up in the first set but instead of cruising through he was broken twice with Schwartzman, in top form on clay this season, snatching the set as dark clouds gathered above Court Philippe Chatrier.

“He was the better player for the first three sets,” Djokovic told reporters. “The fourth and fifth went the way I had hoped the whole match would go.”

“I was mentally strong and as calm as I could and I kept believing I could break his resistance. But too many unforced errors from my side.”

The Serb recovered to secure the second set but with 42 unforced errors in the first three sets alone, including a backhand that flew long to hand Schwartzman the third, he struggled for consistency. 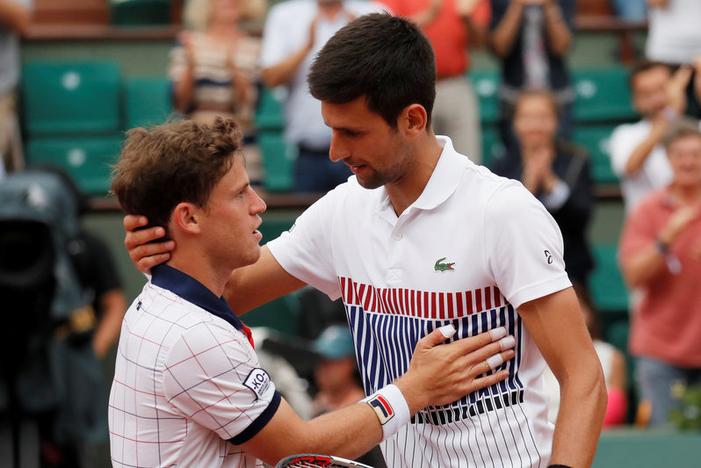 “I reduced the risk (in the fourth and fifth) because I was going for my shots too much. I was handing him too many presents.”

With new coach Andre Agassi watching from the stands and under threat of becoming the first defending champion to lose before the round of 16 since Juan Carlos Ferrero in 2004, Djokovic took the initiative.

He chased Schwartzman along the baseline and kept his cool, despite a time violation and a warning, to take the match to a decider.

Two more breaks put him in control and a third gave him a spot in the last 16, where he will face Spaniard Albert Ramos-Vinolas who beat France’s Lucas Pouille.

“It was good to be part of a five-set match. I have not played too may five setters in the last couple of years,” said the 30-year-old Djokovic. “It is going to put me in a good place mentally.”

“It will affect me in a positive way and, hopefully, I will be able to continue playing better and better.

“Sometimes you need to be challenged in order for certain things to surface which are not surfacing if you win comfortably.”