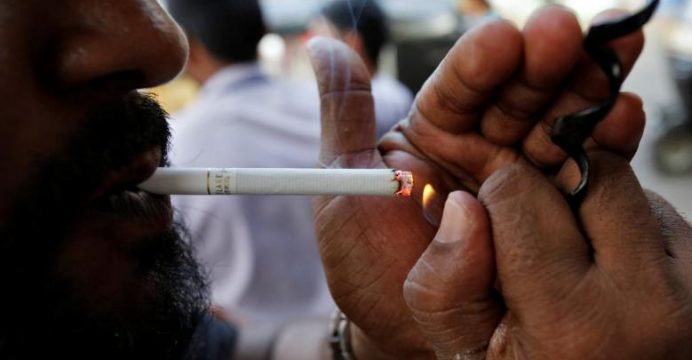 Beating tobacco for health, prosperity, the environment and national development

Action to stamp out tobacco use can help countries prevent millions of people falling ill and dying from the tobacco-related disease, combat poverty and, according to a first-ever WHO report, reduce large-scale environmental degradation.

On World No Tobacco Day 2017, WHO is highlighting how tobacco threatens the development of nations worldwide and is calling on governments to implement strong tobacco control measures. These include banning marketing and advertising of tobacco, promoting plain packaging of tobacco products, raising excise taxes, and making indoor public places and workplaces smoke-free.

Tobacco use kills more than 7 million people every year and costs households and governments over US$ 1.4 trillion through healthcare expenditure and lost productivity.

Dr Chan adds: “But by taking robust tobacco control measures, governments can safeguard their countries’ futures by protecting tobacco users and non-users from these deadly products, generating revenues to fund health and other social services, and saving their environments from the ravages tobacco causes.”

All countries have committed to the 2030 Agenda for Sustainable Development, which aims to strengthen universal peace and eradicate poverty. Key elements of this agenda include implementing the WHO Framework Convention on Tobacco Control, and by 2030 reducing by one-third premature death from noncommunicable diseases (NCDs), including heart and lung diseases, cancer, and diabetes, for which tobacco use is a key risk factor.

The first-ever WHO report, Tobacco, and its environmental impact: an overview, also shows the impact of this product on nature, including:

Tobacco threatens all people, and national and regional development, in many ways, including:

“Many governments are taking action against tobacco, from banning advertising and marketing to introducing plain packaging for tobacco products, and smoke-free work and public places,” says Dr Oleg Chestnov, WHO’s Assistant Director-General for NCDs and Mental Health. “But one of the least used, but most effective, tobacco control measures to help countries address development needs is through increasing tobacco tax and prices.”

Governments collect nearly US$ 270 billion in tobacco excise tax revenues each year, but this could increase by over 50%, generating an additional US$ 141 billion, simply from raising taxes on cigarettes by just US$ 0.80 per pack (equivalent to one international dollar) in all countries. Increased tobacco taxation revenues will strengthen domestic resource mobilization, creating the fiscal space needed for countries to meet development priorities under the 2030 Agenda.