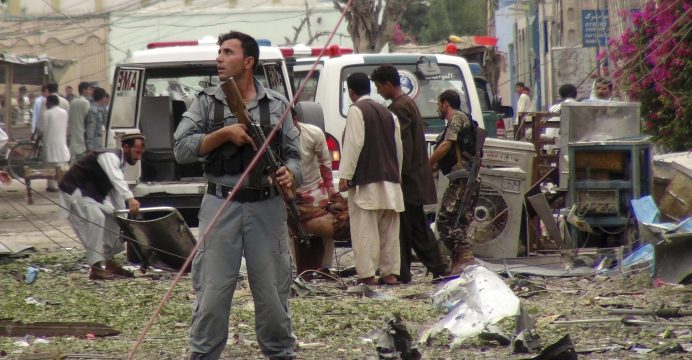 Afghan authorities will investigate violent clashes that left at least five people dead during an anti-government protest over this week’s devastating truck bomb attack in Kabul, the deputy interior minister said on Saturday.

The rally on Friday saw hours of angry confrontation between stone-throwing protesters and police, who fired into the air to drive back crowds trying to cross security cordons and reach the presidential palace.

Streets in the center of the Afghan capital were closed on Saturday as authorities tried to prevent a repeat of the violence, which has heaped pressure on President Ashraf Ghani’s government over its inability to ensure security in Kabul.

The demonstration followed the explosion of a huge truck bomb on Wednesday that killed more than 80 people and wounded 460 – one of the deadliest attacks seen in Kabul since the U.S.-led campaign that toppled the Islamist Taliban in 2001.

Deputy Interior Minister Murad Ali Murad said the attorney general would investigate allegations of violence by police as well as by demonstrators, some of whom appeared to be armed. It would be up to the investigation to determine whether any mistakes had been made by security forces.