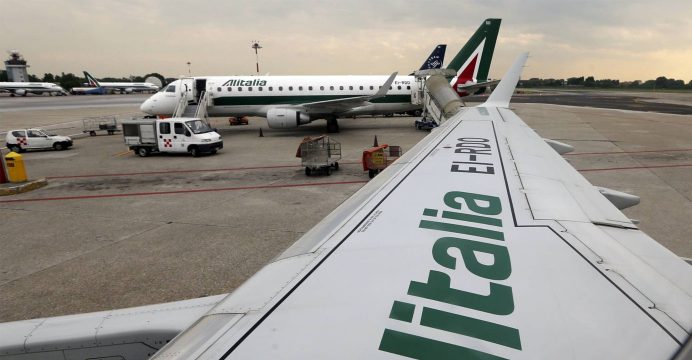 A strike at Alitalia grounded 200 flights

A strike at Italian carrier Alitalia, placed into administration earlier this month, grounded 200 flights on Sunday, the airline said, adding it managed to reassign some 80 percent of passengers affected.

Alitalia, which has been stacking up losses for years, was placed in administration on May 2 at the demand of shareholders after staff rejected a two billion euro ($2.3 billion) rescue plan involving pay cuts and 1,700 job losses, reports BSS.

Having ruled out nationalization, the Italian government is looking for a bidder for the company, in which UAE carrier Etihad Airways has a 49 percent stake.

Sunday’s strike, which affected domestic and international flights, came with talks underway on conditions surrounding the shedding announced midweek of 1,358 of the airline’s 12,500 staff.

At the start of May, the government agreed a 600 million-euro bridging loan to keep Alitalia’s planes flying for around six months while administrators decide whether to sell part or all of the company or liquidate it.

Minister of economic development Carlo Calenda ruled out nationalization earlier this month saying Italian citizens “have already paid 7.5 billion euros over the past few years in attempts to rescue Alitalia.”

Despite a wave of fare promotions, Alitalia has been struggling amid the uncertainty over its future as customers increasingly look to rival carriers.