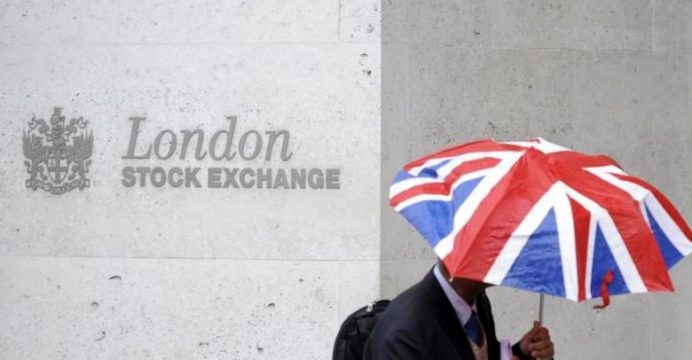 London stocks dipped on Tuesday, with sentiment dented by a deadly terror attack in Manchester, while eurozone equities climbed on upbeat data and US stocks continued to rally.

The British capital’s FTSE 100 index of leading blue-chip companies wobbled between gains and losses during the day, before finally closing down 0.2 percent, reports BSS. 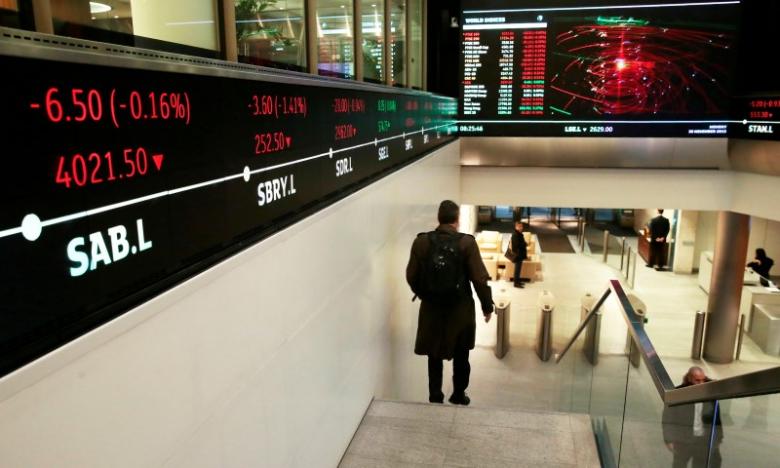 People walk through the lobby of the London Stock Exchange in London, Britain

At least 22 people were killed, including children, in the suicide bomb blast at the end of a concert by US pop star Ariana Grande in Britain’s third city of Manchester.

Police say they believe Monday night’s attack, the deadliest on British soil in 12 years which came two weeks before next month’s general election, was carried out by one man who died at the scene.

Police on Tuesday named 22-year-old Salman Abedi — reportedly British-born of Libyan descent — as the suspect behind the attack, as the Islamic State group claimed responsibility for the carnage.

Overall in Europe, markets “appeared relatively calm in the face of a deadly terrorist attack in the UK,” said a note from Charles Schwab.

But after the US close, Prime Minister Theresa May raised the terror threat level to “critical,” the highest level, saying another attack may be imminent. The move activates soldiers to support the police in providing security, including at big events like concerts or sporting competitions.

In the eurozone, stocks rose on well-received economic numbers, with the Frankfurt DAX index climbing 0.3 percent and the Paris CAC rising 0.5 percent.

The eurozone economy grew at its fastest pace in six years in May as job creation in Europe picked up to its highest level in a decade, a closely-watched survey showed.

Data monitoring company IHS Markit said its May Composite Purchasing Managers Index came in at 56.8 points in May, unchanged from April which was also the best for six years.

US stocks rose for the fourth straight session as the administration of US President Donald Trump released a 2018 budget that seeks a staggering $1.7 trillion in cuts over 10 years to a category of spending that includes key social and “mandatory” programs for lower-income Americans. The S&P 500 finished up 0.2 percent, with large banks including JPMorgan Chase and Citigroup scoring solid gains.

“The Donald’s first budget landing on lawmakers’ desks on Tuesday is a reminder that while a special prosecutor is a hindrance to the pro-growth agenda, work is still being done.”

Markets were hammered in the middle of last week on fears about Trump’s economy-boosting agenda, with his presidency engulfed in a crisis over his firing of FBI chief James Comey and allegations he disclosed sensitive intelligence to Russian officials.

But the latest gains mean the major US indices are back to near their level prior to the May 17 selloff. Oil prices rose again ahead of Thursday’s OPEC meeting.