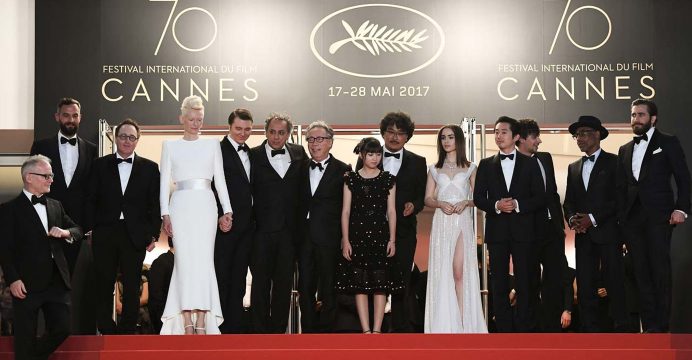 Beyond the gleaming towers of modern high-tech Seoul, it is the dark past of South Korea’s years of dictatorship, violence and upheaval that have inspired the country’s staggering rise as a cinematic powerhouse.

No fewer than five South Korean movies are showing in the elite selection of this year’s Cannes film festival.

And Bong Joon-Ho’s Netflix creature feature “Okja” is one of the early favourites for its top prize, the Palme d’Or.

But two of the other Korean films in competition are crime and action thrillers typical of the booming “Korean noir” genre.

Films about bloody crimes, gangsters and corruption, often with a political edge, have swept box offices and film awards, winning praise for gritty stories about the dark underbelly of society.

“The Villainness” portrays a female assassin trained as a killer at a young age by a crime ring.

She seeks a new life by working for the South Korean government with a licence to kill.

“The Merciless” has two former prison buddies trying to climb the ladder of the gangster world, where lying, cheating, backstabbing and violence are norms.

“South Korea has such a turbulent modern history ridden with violence and political, social upheavals… I think that may be why we are good at making thriller movies like this,” said Jung Byung-Gil, director of “The Villainness”.

“With the military dictatorship that ruled for decades and widespread corruption… reality is a fertile ground for so many interesting stories,” he told AFP.

The South has gone through a stunning transformation in recent decades, going from from a war-ravaged backwater poorer than Ethiopia after the 1950-53 Korean War to Asia’s fourth-largest economy.

Its political history is an equally hectic roller coaster. Before the democratisation of the 1990s, military rule from the 1960s to the 1980s saw tens of thousands killed or tortured — all against a backdrop of perennial tension with North Korea, now nuclear-armed.

At the same time its vibrant entertainment industry has taken Asia by storm, with its television dramas, movies, K-pop songs and stars enjoying loyal followings across the region and beyond.