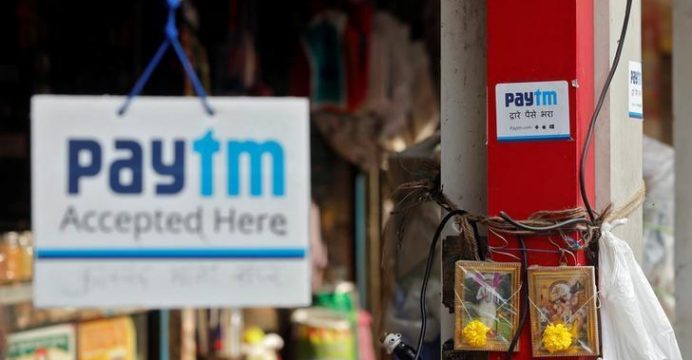 Indian digital payments firm Paytm, which is backed by Asian technology giants SoftBank Corp and Alibaba Group Holding, launched a niche bank on Tuesday, part of a plan to more than double its customer base to 500 million in the next three years.

Paytm Payments Bank will help the firm reach tens of millions of Indians who use mobile phones and cheap data services in the world’s fastest-growing internet services market but do not have access to the formal banking sector, reports Reuters.

The payments bank will open 31 branches and 3,000 customer points in its first year, the company said in a statement. A payments bank is an institution that can take deposits and remittances but cannot lend. 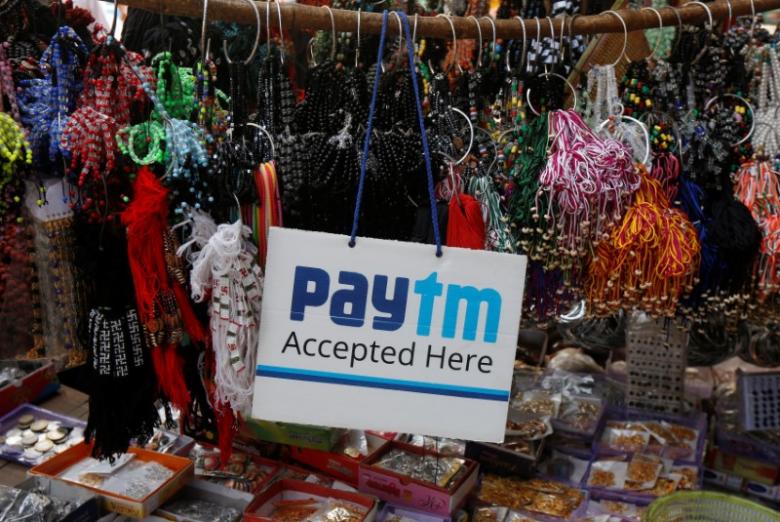 An advertisement of Paytm, a digital wallet company, is pictured at a roadside stall in Kolkata, India

Paytm became a household name across India after New Delhi’s shock move to ban high-value currency notes late last year resulted in a cash crunch and boosted the use of its electronic wallet.

Paytm says more than 220 million clients use its e-wallet. Its success has attracted deep-pocketed investors such as Japan’s SoftBank, which last week invested $1.4 billion in Paytm parent One97 Communications.

The firm’s digital wallets will fold into its payment bank. The bank will offer an interest of 4 percent a year on savings accounts and also provide current account facility to merchants.

It will have no minimum balance requirements and all online transactions will be free, the company said. The bank accounts will initially be available only through an invite.

“None of our deposits will be converted into risky assets,” Sharma said in the statement.