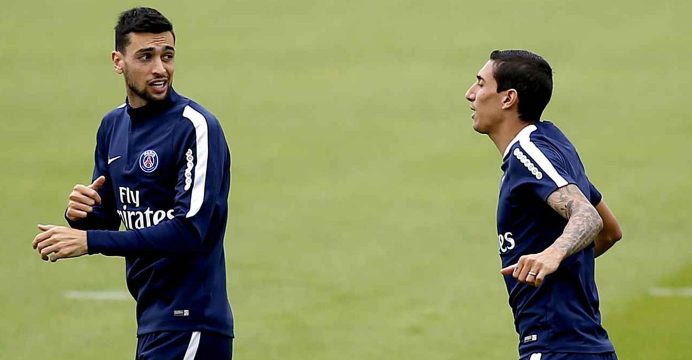 Investigators raided the headquarters of Paris Saint-Germain and the homes of the club’s Argentinian stars Angel Di Maria and Javier Pastore on Tuesday in a tax fraud probe, legal sources said.

Di Maria and Pastore are being investigated in connection with the probe into the use of tax havens to hide earnings from the marketing of image rights, the sources said.

Police also searched the home of Argentinian striker Emiliano Sala, who plays for Ligue 1 side Nantes.

The Paris head office of PSG as well as its administrative offices were raided, the sources told AFP, confirming a report by French investigative news website Mediapart.

According to the site the raids were the first in connection with the tax evasion allegations contained in the leaks published by Mediapart along with a consortium of media outlets known as European Investigative Collaborations.

The paper alleged that Di Maria, who joined PSG in August 2015 from Manchester United, and Pastore pocketed millions through offshore transactions.

According to Mediapart, PSG signed a contract with an offshore company in Panama through which it took a share of the player’s earnings, although the club told the paper it had never received a commission from any tax haven company.

The raids come just days before PSG play their final match of the season — a French Cup final against Angers at Stade de France.

The final could be crucial game for the future of coach Unaï Emery with the club losing their title to Monaco.

They won the League Cup trophy and the French Champions Trophy, minor triumphs for a club of PSG’s stature. But they suffered humiliation in the Champions League with Barcelona turning around a 4-0 first leg loss in the round of 16 to whip the French club 6-1 at the Camp Nou.

Ronaldo is alleged to have hidden 150 million euros in offshore accounts in the British Virgin Islands.

France star Pogba used the Channel Islands to stash away money at the request of his agent Mino Raiola, the leaks alleged.

Former England star David Beckham was also the victim Football Leaks revelations, when hacked emails from the ex-England captain published by Mediapart claimied he was using humanitarian work in attempts to gain a knighthood.