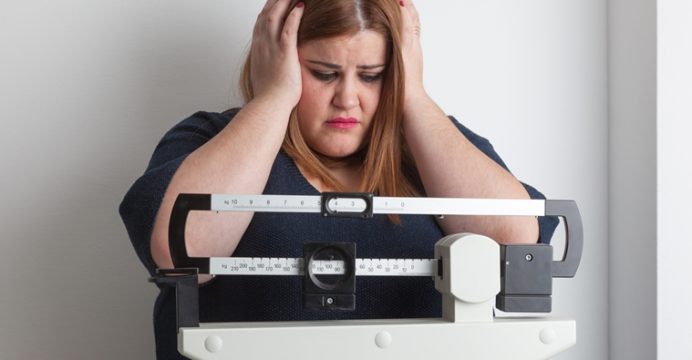 Being overweight in childhood may heighten lifetime risk of depression

New research presented at this year’s European Congress on Obesity suggests that being overweight, especially from a young age, may substantially increase the lifetime risk of major depression.

The study by Deborah Gibson-Smith from VU University Medical Center in the Netherlands and colleagues found that being overweight at age 8 or 13 was associated with more than triple the risk of developing major depression at some point in their lives, whilst carrying excess weight over a lifetime (both as a child and as an adult) quadrupled the chance of developing depression compared to only being overweight as an adult.

More than one in three children in the USA are overweight and nearly one in five children aged between 2 and 19 years are obese, according to the Centers for Disease Control and Prevention. A similar picture emerges in England where one in three 10- and 11-year-olds in their last primary school year are now overweight or obese, according to the National Child Measurement Programme.

Previous studies have shown that people who are obese are more likely to become depressed, but few have looked at the influence of early-life obesity over the long term, or the age-related effect of obesity on depression risk.

In this new study, the researchers investigated the relationship between overweight during childhood and lifetime depression in 889 participants from the population-based AGES (Age, Gene/Environment Susceptibility)-Reykjavik study (2002-06) —a follow-up study of a longitudinal study examining people born between 1907-35 and living in Reykjavik, Iceland in 1967. They also examined whether the detrimental effect of obesity on mental health is due to life-long obesity or the result of being overweight in adulthood.

A BMI of between 25 and 29.9 was considered overweight.  During the study, 39 participants were diagnosed as ever having had major depression. The data were adjusted for sex and the age at which the BMI measurements were taken.

The analysis revealed that carrying excess weight in childhood is a stronger predictor of subsequent depression than being overweight in mid-life. The researchers estimate that being overweight or obese at age 8 or 13 years is associated with a more than 4-times increased risk of lifetime major depressive disorder compared with children who were normal weight as a child but went on to become overweight as adults (a statistically significant result).

This is an observational study so no conclusions can be drawn about cause and effect. But the findings confirm earlier studies which report an increased risk of depression in young people who are obese.

The authors conclude: “Our findings suggest that some of the underlying mechanisms linking overweight or obesity to depression stem from childhood. A shared genetic risk or low self-esteem, which is frequently associated with those who do not conform to the ideal body type, could be responsible. Given the rise in adolescents’ obesity and greater influence of social media on body image, understanding the associations between childhood obesity and depression is critical.”