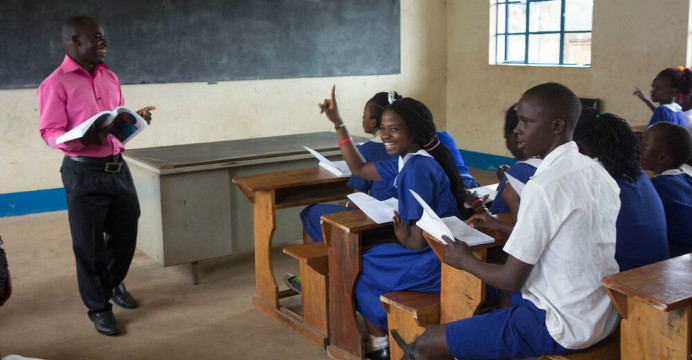 School lessons can successfully teach primary school children to critically evaluate health claims, and could help children make more informed decisions about health treatments and behaviors, according to a trial of over 10,000 children in 120 schools in Uganda published in The Lancet.

The school intervention featured a combination comic book and textbook, and a linked study targeted parents, testing the effectiveness of a podcast series on their ability to assess health claims.

Inaccurate health information is widely spread via multiple sources such as TV, radio, and social media. In this context, good health literacy – the ability to obtain, process, understand and judge the reliability of health information – can help people make good health choices, which may benefit their health and save resources. This is even more important in low-income countries where individuals can least afford to invest in ineffective treatments.

Most health information offers instructions or claims, but little background information about the basis for the claims that are made. Additionally, much health and science education tend to rely on children memorizing facts, rather than teaching them critical thinking.

Dr Andy Oxman, a co-author from the Norwegian Institute of Public Health, Oslo, Norway, says: “Unreliable claims about treatments are universal and a major public health concern, but few interventions aimed at teaching people to assess these claims have been tested. Our trial found that it’s possible to teach children, and their parents these important skills. While the study was conducted in Uganda, pilot testing in Kenya, Rwanda, and Norway lead us to believe the findings are likely to be widely applicable.”

Dr Daniel Semakula, a co-author from Makerere University, Kampala, Uganda, adds: “What the children are learning is very different from what they are normally taught. As one girl put it: ‘You can study about treatments, but this book was all about how to treat yourself.’ In other words, we are teaching children how to make good choices, not just telling them what they should do.”

The two articles published in The Lancet, evaluate the effectiveness of the Informed Health Choices school-based intervention aimed at primary school children, and a podcast aimed at parents.

The resources focus on 12 key concepts including that anecdotes are unreliable evidence, that newer or more expensive treatments are not necessarily better, the importance of conflicting interests, and the need for fair comparisons of treatments. They also use real-world examples such as claims that cow dung can heal burns; that bed nets prevent malaria; or that antibiotics for ear infections do more good than harm.

Half of the 120 schools were randomly allocated to receive the teaching intervention. In the intervention schools, teachers attended a two-day workshop. They taught nine 80-minute lessons over the course of one school term. In the control group, there was no change to the usual curriculum. At the end of the school term, children were given a test with two multiple choice questions for each concept. The questions were scenario-based and required children to assess claims.

In the second study, 675 parents were randomly assigned to listen to the Informed Health Choices podcast or typical public service announcements about health issues. The podcast covered nine concepts. After listening to the entire podcast series, parents were given a test with two questions per concept.