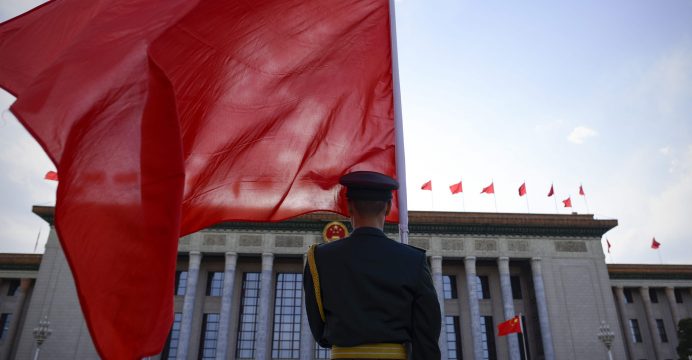 The Chinese killed at least a dozen people providing information to the U.S. Central Intelligence Agency between 2010 and 2012, dismantling a network that was years in the making, the New York Times reported on Saturday.

China’s Global Times, published by the official People’s Daily, said in an editorial in its Chinese and English-language editions that, if true, it was a victory for China.

“If this article is telling the truth, we would like to applaud China’s anti-espionage activities. Not only was the CIA’s spy network dismantled, but Washington had no idea what happened and which part of the spy network had gone wrong,” the paper said.

“It can be taken as a sweeping victory. Perhaps it means even if the CIA makes efforts to rebuild its spy network in China, it could face the same result,” it said.

However the widely read paper, which is known for its strongly nationalist stance, said one part of the report was false.

“As for one source being shot in a government courtyard, that is a purely fabricated story, most likely a piece of American-style imagination based on ideology,” it said.

Chinese Foreign Ministry spokeswoman Hua Chunying declined to comment on the specifics of the report, telling a daily news briefing she did not know anything about it.

“China’s state security department investigates and handles, in accordance with the law, groups, people and activities that harm China’s national security interests and effectively performs its duties,” she said, without elaborating.

The Ministry of State Security, which oversees anti-spying operations, has no publicly available telephone number and no website, unlike other Chinese ministries.

While the New York Times’ website is blocked in China, like those of many mainstream Western news organisations, the story has been widely discussed and its contents picked up in other Chinese media, especially by online news portals.

The story has attracted thousands of comments on Weibo, China’s version of Twitter, with many people expressing glee that the spy ring was broken.