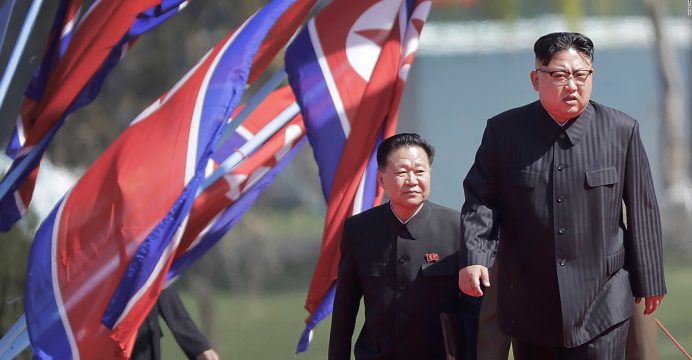 North Korea had vowed to rapidly strengthen its nuclear-strike capability as long as it faces a “hostile” US policy.

At the United Nations, North Korea’s deputy ambassador, Kim In Ryong, said Pyongyang would never abandon its “nuclear deterrence for self-defense and pre-emptive strike capability” even if the US ratchets up sanctions and pressure “to the utmost.”

North Korea tested a longer-range missile last weekend, which experts say was a significant advance for a weapons programme that aims at having a nuclear-tipped missile that can strike America.

The test triggered a new US-backed push for a fresh round of UN sanctions against the North.

Speaking to reporters, Kim hailed the test launch and said that if the Trump administration wants peace on the divided Korean Peninsula, it should replace the armistice that ended the 1950-53 Korean War with a peace accord and halt its anti-North Korea policy.

All 15 members of the UN Security Council, the world organisation’s most powerful body, this week called the launch a violation of existing sanctions and vowed to take new measures, including additional sanctions.

Kim accused the council of playing “to the tune of the US again” and protested the Trump administration’s demand for countries to choose allegiance between the United States and the Democratic People’s Republic of Korea, his country’s official name.