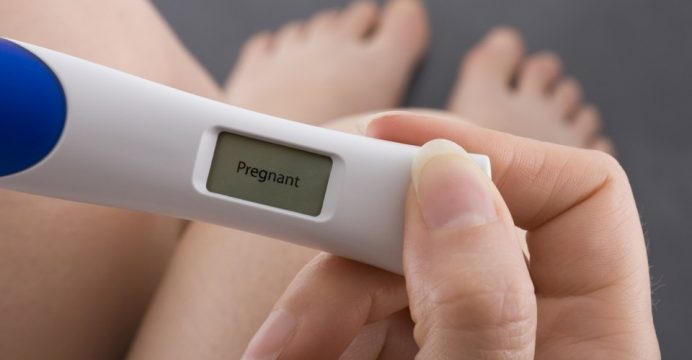 When it comes to using X-rays to check a woman’s reproductive system in search of a cause for her infertility, oil turns out to be better than water.

A new study concludes that when doctors are debating whether to use a water-based or oil-based contrast fluid to inject into the egg-carrying tubes – part of a test known as hysterosalpingography – infertile women conceive more often with oil, reports Reuters.

The pregnancy rate after six months was 40 percent when the oil-based fluid was used versus 29 percent with a water-based contrast media. The rates of live births were 39 percent and 28 percent respectively.

“If a woman has an indication to check her tubes with this test, then my advice would be to use the oil contrast,” chief author Dr. Kim Dreyer of the VU University Medical Center in Amsterdam told reporters.

The results were clear, but why oil would produce more pregnancies remains a mystery.

“We did not look at the mechanism,” she said. “Now we have to do further research to understand why.”

Nonetheless, the results, announced at the 13th World Congress on Endometriosis in Vancouver and published online by the New England Journal of Medicine, suggest an inexpensive step that can be used in some women before in vitro fertilization is attempted.

For years there was a suspicion among doctors that the diagnostic test and the oil contrast medium might enhance pregnancy rates. One review of previously published randomized controlled tests found a 3.6-fold increase in pregnancy. Yet there’s been no clear evidence that oil contrast is better than water.

“When I was doing this study, a lot of people said, ‘We know there’s no difference.’ But some said, ‘Why do the study because we know it works?’ That’s exactly why we had to do this study,” said Dreyer, a gynecology intern.

The results are based on 1,108 women treated in 27 hospitals in the Netherlands.

The volunteers, age 18 to 39, had been unable to conceive for at least a year and their Fallopian tubes were being evaluated as part of an attempt to discover why. All had spontaneous menstrual cycles. Oil and water contrast fluids were manufactured by France-based Guerbet. The trial was not blinded.

When the chance of the woman getting pregnant on her own over the next 12 months was estimated to be less than 30 percent, the woman was also offered intrauterine insemination. Insemination was also used when the man’s sperm count was mildly low or if at least two additional months since the test had passed without pregnancy.

The average time to pregnancy was 2.7 months with oil and 3.1 months with water, a statistically significant difference.

In the oil group, 74 percent of the pregnancies were naturally conceived. The rate was 73 percent in the water group. The two groups had comparable rates of adverse events. Two women in each group developed an ectopic pregnancy.

The rate of congenital birth defects in offspring was 1.4 percent – reflecting 3 cases – in the 554-member oil group. There were no cases in the water group. Among the three children, one required surgery for esophageal atresia, one had a developmental delay from chromosomal mosaicism and one died after receiving palliative care for severe bone and cartilage problems.

The higher rate of congenital problems “is probably due to chance,” Dreyer’s team wrote. “The frequency of congenital anomalies with oil contract was not greater than rates reported in the general population.”

They said the pregnancy effect might be caused by oil being more effective at flushing debris and dislodging mucus plugs in the Fallopian tubes, but a direct endometrial effect seems unlikely because higher pregnancy rates were seen over multiple menstrual cycles.

The group has not completed a cost-effectiveness analysis but they calculated that only 10 women would need to be treated to produce an extra pregnancy.