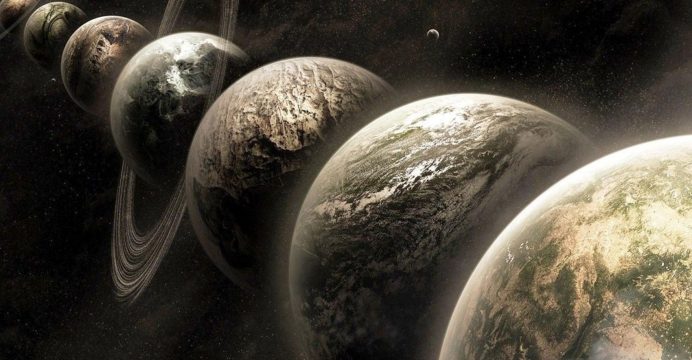 There could be BILLIONS more PARALLEL UNIVERSE

The find gives backing to the astonishing theory our universe may be part of a wider cosmos where multiple parallel universes co-exist.

Experts believe that they may have found the first solid evidence of this long-standing theory after finding a cold spot in the deep universe.

The cold spot was first discovered in 2015 and is a 1.8 billion light-year wide area where there are an estimated 10,000 galaxies ‘missing’.

The mysterious area contains 20 per cent less matter than it should, according to the Standard Model, which left scientists baffled.

However, astronomers believe that they may now have the solution and theorise that the area could be where one universe is encroaching on another.

Experts from Durham University said in a paper that as a parallel universe crashed into ours, much of the galaxies and matter were shoved away from the cold spot.

The team adds that if our universe came to be from seemingly nothing and embarked on what looks like an infinite expansion, then others could have too.

Professor Tom Shanks in Durham University’s Centre for Extragalactic Astronomy said: “One explanation for the Cold Spot is that it might be the remnant signal of the collision of our Universe and one of the trillions of others.

“If further, more detailed, analysis proves this to be the case then the Cold Spot might be taken as the first evidence for the multiverse – and billions of other universes may exist like our own.”

Previously experts had theorised that the cold spot, which is just 0.00015 degrees celsius cooler than its surroundings, was created by the lack of galaxies.