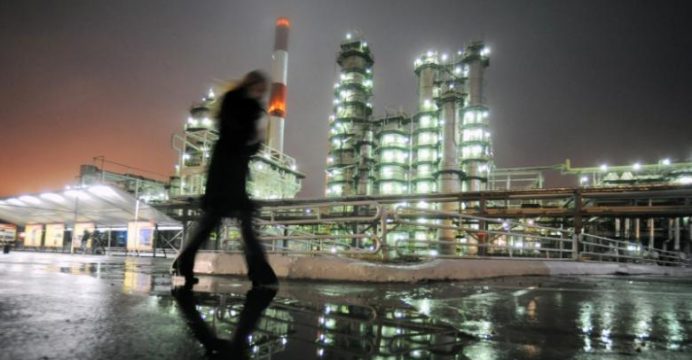 Oil jumped more than 2 percent to its highest in more than three weeks on Monday, topping $52 a barrel after Saudi Arabia and Russia said that supply cuts need to last into 2018, a step toward extending an OPEC-led deal to support prices for longer than first agreed.

Energy ministers from the world’s two top producers said that supply cuts should be prolonged for nine months, until March 2018. That is longer than the optional six-month extension specified in the deal, reports Reuters.

Oil traders were surprised by the strong wording of the announcement, though it remained to be seen whether all countries participating in the deal would agree with the Saudi-Russian stance. Some analysts said that U.S. production could still threaten to disrupt the market balance unless the cuts were deepened.

“We are of the camp that the extension cuts might not be enough – they might need to extend the cuts and to increase them to stabilize this market,” said Oliver Sloup, director of managed futures at iitrader.com.

U.S. production is currently forecast to rise to about 9.31 million barrels per day this year, and Sloup says it could surpass that if buoyed by higher prices. Some analysts doubted that the producers would stick to a prolonged curb.

“Extending the cuts until March 2018 would take account of the fact that demand in the first quarter of a year is lowest for seasonal reasons,” said Commerxbank analyst Carsten Fritsch.

“That said, we are skeptical about Russia’s willingness to actively participate in any extended cuts.”

The Organization of the Petroleum Exporting Countries, Russia and other producers originally agreed to cut output by 1.8 million barrels per day in the first half of 2017, with a possible six-month extension.

Oil has gained support from the deal but inventories remain high and rising output from other producers, such as the United States, is keeping prices below the $60 that top exporter Saudi Arabia would like.

The ministers said they hoped other producers would join the cut, which would initially be on the same volume terms as before. Kazakhstan, however, said it could not join a prolonged reduction on the same terms.

“When the two biggest oil producers of the world reach a consensus on the extension of a supply cut, the market will listen,” Tamas Varga, of oil broker PVM, said in a report.

Ministers from OPEC and non-OPEC countries meet to decide policy on May 25 in Vienna. Two small producers not involved in the original deal, Egypt and Turkmenistan, have also been invited.