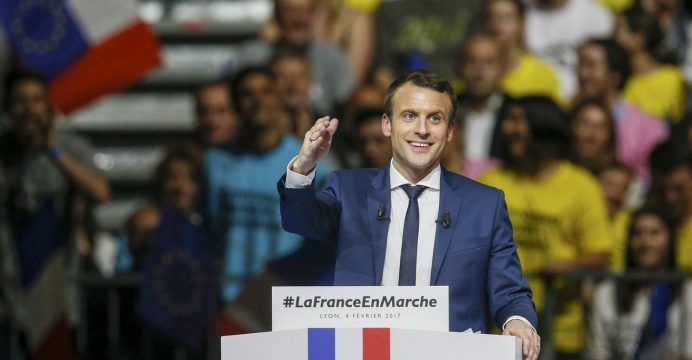 French President Emmanuel Macron appointed Alexis Kohler on Sunday as secretary general of the Elysee palace, the most powerful role among presidential staff, while career diplomat Philippe Etienne was named as his top foreign policy advisor.

Kohler, a 44-year old graduate of France’s elite ENA administrative school, was Macron’s chief of staff when the incoming president was economy minister and has worked for the Treasury.

He will be Macron’s right-hand man, the top official in the Elysee administration and a key political advisor who is typically the main contact point for ministries, parties, unions and business leaders and plays an important role in crafting policies, reports Reuters.

Etienne, a 61-year old former ambassador well known both in Brussels and Berlin, was appointed to be the incoming president’s diplomatic advisor, Macron’s staff said. Also an ENA graduate, his nomination was immediately saluted in the EU capital.

“This is very good news. Philippe is an authority on EU affairs and a promoter of Franco-German friendship,” Martin Selmayr, the head of cabinet for European Commission President Jean-Claude Juncker, said on Twitter.

The news was also welcomed among French diplomats. “He is extremely well aware of EU affairs,” one senior diplomatic source said, calling him a skilled negotiator.

The appointments were announced as Macron readied for his inauguration as president on Sunday at a ceremony in the Elysee palace.

Macron will name a prime minister on Monday and the new government will be announced on Tuesday, a source said.