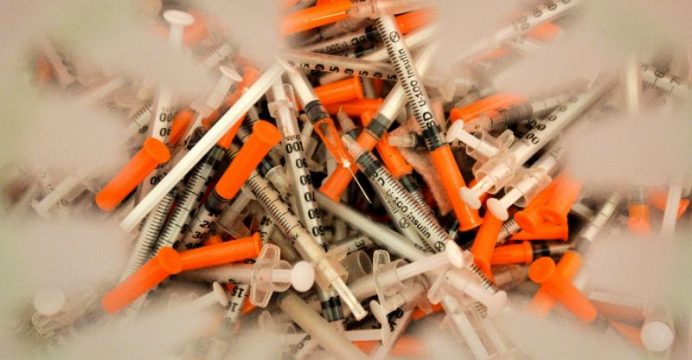 The number of hepatitis C infections have nearly tripled in the United States in the last five years, particularly among people in their 20s, researchers said on Thursday.

The bloodborne virus is transmitted by injection drug use, dirty needles, blood transfusions and sex. Chronic infection can lead to cirrhosis or cancer of the liver, reports BSS.

Hepatitis C is the top infectious disease killer in the nation, taking nearly 20,000 lives in 2015, said the Centers for Disease Control and Prevention. 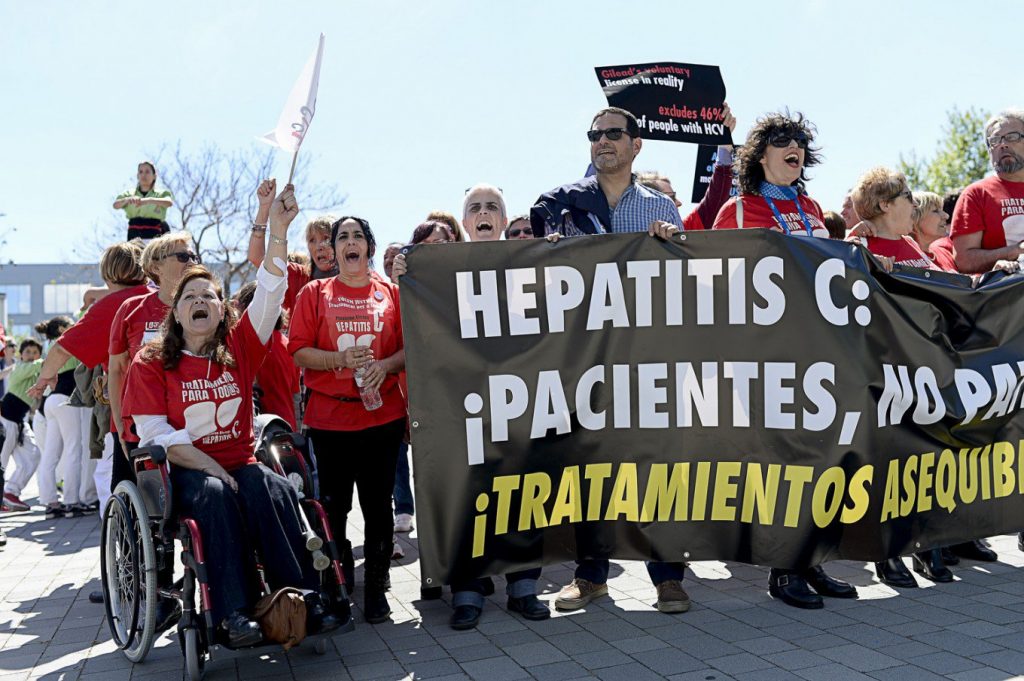 Standing for the rights: Protesters hold a banner during a demonstration called by several organizations and people affected by the hepatitis C virus (HCV) demanding the need to ensure universal access to these treatments in Barcelona outside the “International Liver Congress” in Barcelona

Experts say the rise of the opioid epidemic, with increasing numbers of people sharing needles to inject heroin and prescription painkillers, is driving the increase in cases.

“New hepatitis C virus infections are increasing most rapidly among young people, with the highest overall number of new infections among 20- to 29-year-olds,” said a statement from the CDC.

“This is primarily a result of increasing injection drug use associated with America’s growing opioid epidemic.”

People with hepatitis C often have no symptoms, so they are unaware of their infection. The CDC said the number of new cases reported to the federal agency was 850 in 2010, and rose to 2,436 cases in 2015.

However, this “does not reflect the true scale of the epidemic. CDC estimates about 34,000 new hepatitis C infections actually occurred in the US in 2015,” said the statement.

Three-quarters of the 3.5 million Americans living with hepatitis C were born from 1945 to 1965.

“Baby boomers are six times more likely to be infected with hepatitis C than those in other age groups and are at much greater risk of death from the virus,” said the CDC.

New drugs are available that can cure the infection, but their sky-high price tag makes them out of reach for many people.

“We must reach the hardest-hit communities with a range of prevention and treatment services that can diagnose people with hepatitis C and link them to treatment,” said Jonathan Mermin, director of CDC’s National Center for HIV/AIDS, Viral Hepatitis, STD, and TB Prevention.