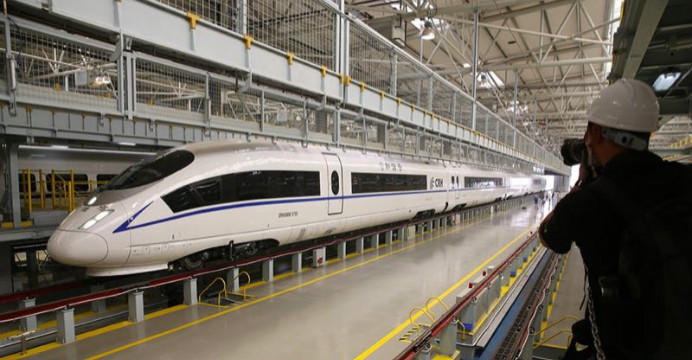 The first high-speed railway in north China’s Inner Mongolia Autonomous Region started test runs on Sunday to prepare for the beginning of regular use by the end of July.

The high-speed train ran at a speed of 250 to 275 km per hour on a section from Ulanqab to Hohhot, the capital of the region, during Sunday’s trial, according to Hohhot Railway Bureau, reports BSS.

The section in Inner Mongolia is part of the high-speed railway that links Hohhot to Zhangjiakou in Hebei Province, the co-host city of the 2022 Olympic Winter Games. When it is operational by the end of July, the travel time between Ulanqab and Hohhot will be shortened to 35 minutes from the current one hour.

The 286.8 km-long Zhangjiakou-Hohhot high-speed rail, with a designed speed of 250 km per hour, will be a major high-speed rail in north China upon completion.

It is expected to be completed and put into service in 2018. At that time, the Zhangjiakou-Hohhot high-speed rail will be connected to the Beijing-Zhangjiakou high-speed rail, which is under construction. The travel time from Hohhot to Beijing will be reduced from the average nine hours to within three hours.