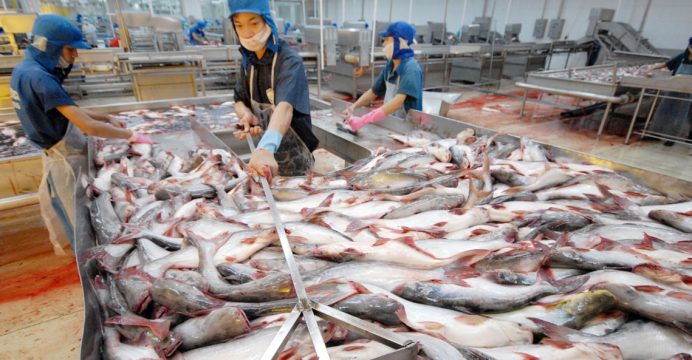 China has overcome the United States to become Vietnam’s biggest importer of tra fish, a common kind of catfish, a local association said on Tuesday.

Vietnam exported 69.7 million U.S. dollars worth of tra fish to China in the first quarter of this year, recording a year-on-year surge of 56.8 percent, the Vietnam Association of Seafood Exporters and Producers (VASEP) said, noting that the export turnover to China accounted for roughly 19 percent of the total to the world market, reports BSS.

Chinese demand for tra fish for domestic consumption, especially at hotels, restaurants, schools and enterprises, has recently sharply increased, so Vietnamese companies are intensifying tra fish export to China through border trade, many local entrepreneurs said, adding that they are also seeking ways to export large volumes of the catfish to the neighbor country via big ports.

Vietnam reaped over 2.1 billion dollars from exporting various kinds of seafood, including tra fish, to the world market in the first four months of this year, up 9 percent, according to the country’s General Statistics Office.