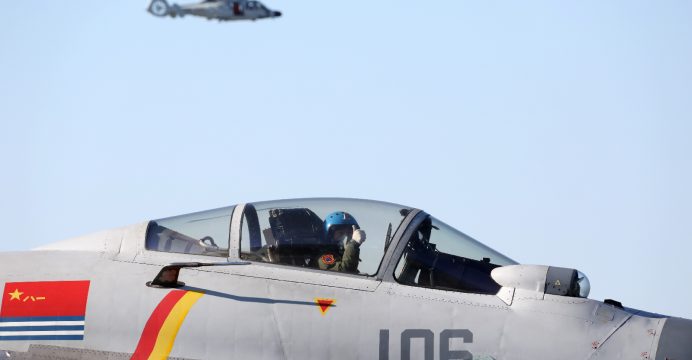 China’s military has conducted live-fire drills and weapons tests in the northeastern Bohai Sea close to the Korean peninsula, the country’s defense ministry said on Tuesday.

In a brief statement late on Tuesday, the ministry said the tests of new missiles and weapons were carried out by the People’s Liberation Army’s Rocket Force “in recent days” and were designed to raise operational capability so as to effectively deal with national security threats. No further details were provided.

Chinese President Xi Jinping is overseeing a sweeping modernization of the country’s armed forces, with an emphasis on technological innovation and naval capability as it seeks to project greater power in the disputed South China Sea, reports Reuters.

While no other country has claims in the busy Bohai Sea, the drills come amid heightened tension on the Korean peninsula, including Chinese anger at the deployment of the U.S. anti-missile defense system THAAD in South Korea last month.

At a regular news briefing last month, China’s defense ministry responded to questions about the THAAD deployment by foreshadowing the weapons tests, saying they were necessary to safeguard its national security.