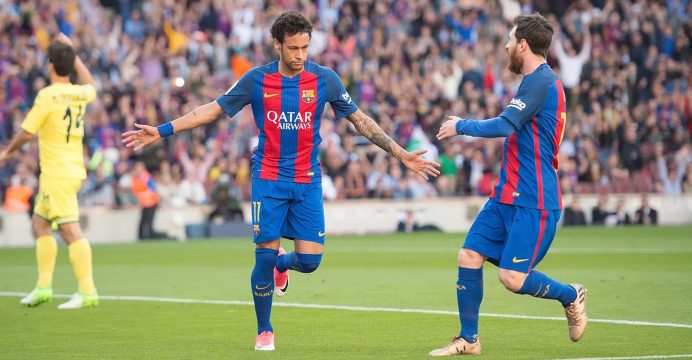 Messi, Suarez and Neymar all score as Barcelona win against Villarreal

Barcelona’s attacking trio of Leo Messi, Luis Suarez and Neymar all scored as the Catalans ensured they will finish matchday 36 of the Liga Santander on top of the table following a 4-1 win at home to Villarreal.

Messi scored twice to take his league tally to 35 for the season in a game where Barca had to work hard before eventually running out comfortable winners.

Facing a side who had conceded just 10 goals away from home all season, Barca controlled the ball, but found it difficult to break down a well-drilled Villarreal midfield and defense.

Messi saw a free kick easily saved by Villarreal keeper Andres Fernandez, but Barca’s persistence paid off in the 21st minute when Neymar was able to open the scoring. The Brazilian was just in line with the last defender and able to poke Messi’s deflected shot into the net.

Villarreal equalized just after the half hour as Cedric Bakambu took advantage of Barca’s defense pushing too far forward to run onto a through ball and beat Ter Stegen on his near post. 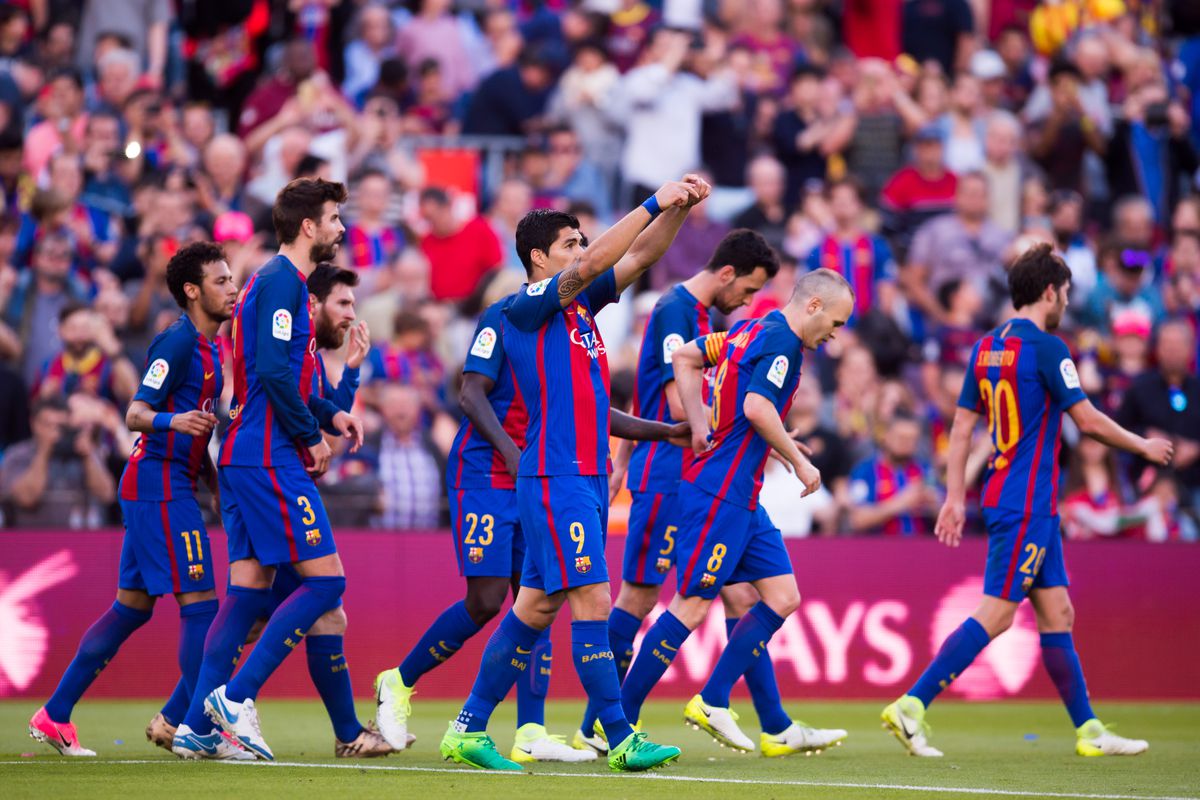 Both sides then swapped chances as the game opened up with Gerard Pique heading over for Barca, while Roberto Soldado sent a header over at the other end.

It was down to Messi to put Barca back in front on the stroke of halftime with a trademark goal which saw him swerve past two defenders before sending a diagonal shot, which got a big deflection off a defender to take it past Fernandez.

Barca started the second half well and Lucas Digne going close before Messi saw a right foot shot tipped over by Fernandez.

However, while Barcelona were still leading the feeling was they needed another goal to make the points secure and that came thanks to Suarez who turned well to finish a counter-attack launched by Sergi Roberto.

Messi then sealed the win from the penalty spot after Jaume Costa was harshly penalized for handball following a fine piece of skill from Neymar.