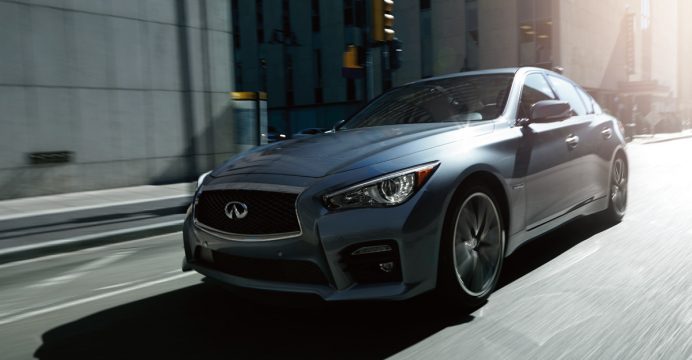 “It is gratifying that so many customers around the world continue to appreciate the beautiful design and forward technologies offered in every INFINITI vehicle – from our compact Q30 sedan, to our QX80 full-size SUV,” said Roland Krueger, chairman and global president of INFINITI Motor Company.

“Our record sales are a result of our continued product offensive, development of our brand and the hard work of our regional and retail partners around the world. We’ve received tremendous feedback in April from the debut of the QX80 Monograph SUV design study in New York, and the QX50 SUV crossover concept in Shanghai, and we start May with very strong momentum.”

In China, INFINITI had the best first four months in its history, with 13,456 vehicles sold, an increase of 19 percent compared to the same period last year. INFINITI sold 3.415 vehicles in China in April, a 105 percent increase compared to last April.