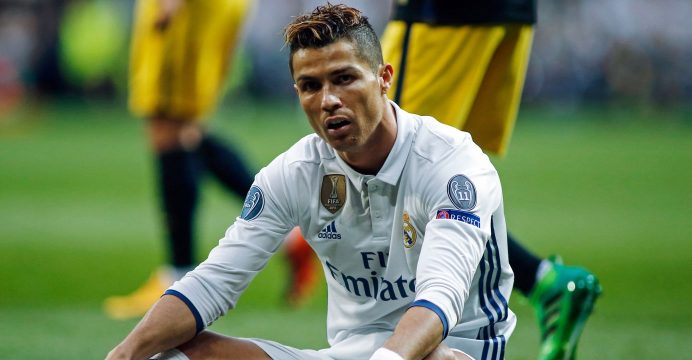 Cristiano Ronaldo was again left out of the Real Madrid squad for Saturday’s La Liga trip to relegated Granada following his Champions League heroics against Atletico Madrid in midweek.

The Portuguese striker, 32, has been rested for four of Real’s last five away league games to ensure he is in prime condition for their assault on becoming the first side to retain the Champions League.

Real, though, haven’t missed the four-time World Player of the Year, winning all eight La Liga games in his absence this season.

Ronaldo scored all three of Real’s goals as they claimed a 3-0 semi-final, first leg lead over Atletico with the second leg to come at the Vicente Calderon on Wednesday.

Real are tied with Barcelona at the top of La Liga, but have a game in hand over their title rivals.