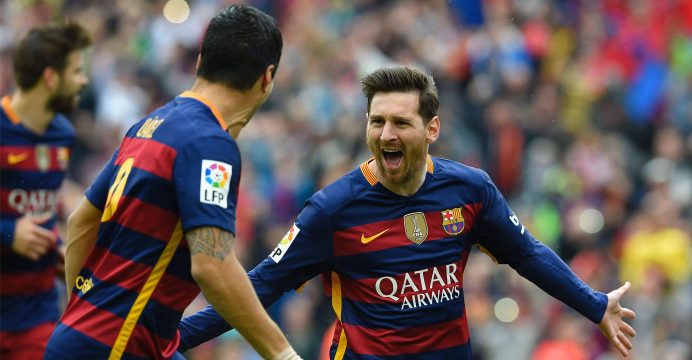 Targeted global marketing and closer relations with the betting industry are two weapons La Liga are deploying in their battle for football supremacy with the Premier League, the Spanish league’s marketing guru told AFP.

Gregory Bolle, who took up his post as global partnership sales chief last October after three years with Premier League giants Manchester City, admits it is a challenge to supplant the Premier League as the world number one football league but adds that since Javier Tebas became president of La Liga huge progress had been made.

“We are in a battle with the EPL because we consider we have the best football but the EPL have done a great job financially and not just with TV rights,” Bolle told AFP after appearing on a panel at the International Sports & Football Betting Trade Conference at Chelsea’s football ground, Stamford Bridge.

“In the past La Liga was relying on the quality of the football but since Javier Tebas came in (2013) it has become a clear battle where we have seen the need to get more sustainability in our football, more money for TV rights and internationalise it more.

“For the latter it is a case of we can’t think any more of just La Liga and Latin America.

“There are many other regions, indeed MENA (the Middle East and North Africa) is at present our biggest market although we are growing in Asia.

“It is a very tough challenge and absolutely they (EPL) are ahead of us yes but they began this process 12 years ago.”

Bolle, who prior to joining Manchester City worked for advertising giant WPP for 10 years, said targeted regional international marketing for a 20-30 minute period during Barcelona and Real Madrid’s away matches could help towards closing the gap.

“It evolved from a challenge and became an opportunity — the challenge was that the Spanish market is 30-40 million people, so it is not a huge advertising market.

“Most La Liga clubs have 20-30 minutes of what we call local advertisers advertising during the match through Light Emitting Diode (LED).

“Mediapro, a partner of DBR, approached the clubs and said listen we are buying from you the minutes on LED.”