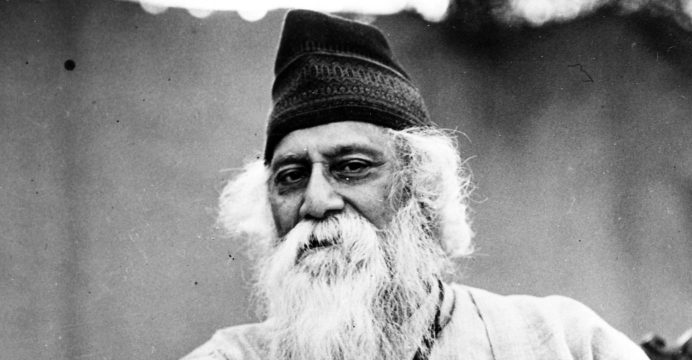 The government has drawn up massive programmes to celebrate the 156th birth anniversary of Biswakabi Rabindranath Tagore, who reshaped Bengali literature and music as well as art of Indian subcontinent with contextual modernism, on 25th of Bengali month Boishakh (May 8).

The main programme would be held at Patisar in Naogaon district which carries the memories of Rabindranath.

President Abdul Hamid will join the inaugural ceremony as the chief guest at Debendra Manch of Rabindra Katchary Bari at 2.30pm on May 8.

Cultural Affairs Minister Asaduzzaman Noor will chair the function while Minister for Textile and Jute Imajuddin Pramanik and Naogaon-6 lawmaker Md Israfil Alam will attend it as the special guests.

The theme of the anniversary celebration is “Religion of Human Beings: Rabindranath and Contemporary Relevance” while essayist-poet Professor Hayat Mahmud would deliver memorial speech at the inaugural ceremony.

A 30-minute cultural episode under the management of Bangladesh Shilpakala Academy would be staged later.

Apart from the main programme, the birth anniversary of the noble laureate legendary Bengali poet would be observed with festivity and enthusiasm in Shilaidaha of Kushtia, Shahjadpur of Sirajganj, Dakhkhindihi and Pithabhog of Khulna and Dhaka as well.

Besides, Bangladesh Shilpakala Academy would organize a three-day art exhibition and cultural programmes while Bangla Academy with the association of Dhaka University Fine Arts Faculty would publish souvenir and posters.

Bangla Academy will also organize discussion to mark the day while all educational institutions across the country including in Dhaka will celebrate the birthday of Kabiguru Rabindranath Tagore.

Bangladesh missions abroad would also organize various programmes to mark the day while district administration with the association of local lawmakers and distinguished personalities will also celebrate the day with due respect.

Moreover, Dhaka University authority would also observe the day with due respect.

Law enforces will provide stringent security vigilance during the celebration of the birthday across the country.

The youngest of thirteen surviving children, Tagore, nicknamed “Rabi”, was born on 25th of Bengali month of Boishakh 1268 (May 7, 1861) in the Jorasanko mansion in Calcutta to Debendranath Tagore and Sarada Devi.

Gitanjali (Song Offerings), Gora (Fair-Faced) and Ghare-Baire (The Home and the World) are his best-known works, and his verse, short stories, and novels were acclaimed-or panned-for their lyricism, colloquialism, naturalism, and unnatural contemplation.

Author of Gitanjali and its “profoundly sensitive, fresh and beautiful verse”, Rabindranath became the first non-European to win the Nobel Prize in Literature in 1913.

Sometimes referred to as “the Bard of Bengal”, Tagore’s poetic songs were viewed as spiritual and mercurial.

His compositions were chosen by two nations as national anthems: Bangladesh’s Amar Shonar Bangla and India’s Jana Gana Mana. The Sri Lankan national anthem was inspired by his work.