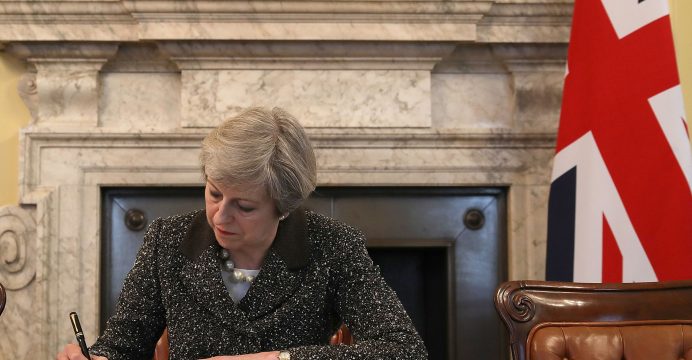 UK and EU at odds over size of ‘divorce bill’

The UK won’t pay a 100bn-euro (£84bn) “divorce bill” to leave the EU, Brexit Secretary David Davis has said, as the two sides clashed over the issue.

He told ITV’s Good Morning Britain the UK would pay what was legally due, in line with its rights and obligations, but “not just what the EU wants”.

EU chief negotiator Michel Barnier said there was no desire to punish the UK but “its accounts must be settled”.

While he wanted a “cordial” Brexit, he warned the “clock was ticking” now.

Publishing his Brexit mandate, Mr Barnier said the EU would “put all its efforts” into reaching a deal but said negotiations must start as soon as possible after “ten months of uncertainty” and suggested the outcome of June’s general election would not change anything.

While approaching the process in a “cool-headed and solution-oriented” manner, he said it was an illusion to think it would be concluded “quickly and painlessly” or that there would be “no material impact” on lives.

An EU source has told the BBC that officials in Brussels will not enter into a discussion about potential figures for a final bill, likely to be one of the hardest-fought and most sensitive areas of the Brexit process.

On Wednesday, the Financial Times claimed the likely bill, on the basis of its formula, had risen sharply from 60bn to 100bn euros.

Mr Davis said the negotiations had not started in earnest but he indicated the UK would set down a marker when it came to talks over the divorce settlement.