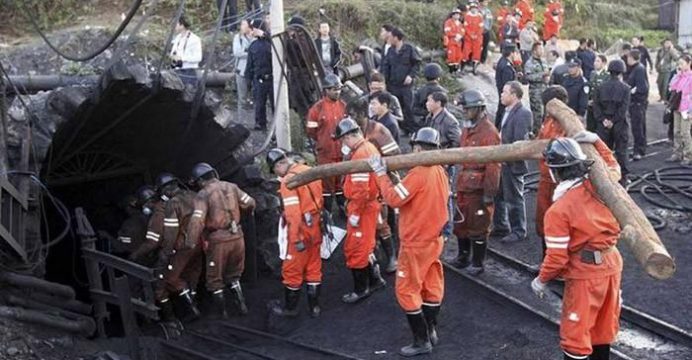 Twelve workers died following an explosion in a high-speed rail tunnel in southwestern China, state media said on Wednesday, after rescuers spent over 14 hours searching the rubble for survivors.

The blast occurred after gas filled the tunnel, which was being bored in the province of Guizhou, leaving 12 injured and 12 trapped, reports BSS.

Over 2,000 rescue workers searched the tunnel for survivors before ending the operation at 4:45 am Wednesday morning, it said.

The cause of the accident is under investigation, the report said, adding that the tunnel was designed to pass through a coal seam.

The country has been on a high-speed rail building spree for over a decade, putting up over 17,000 kilometers (10,500 miles) of the track at a rapid clip, raising concerns about corner-cutting.

Industrial accidents are common in China, where safety regulations are often poorly enforced. In 2015, the country recorded 66,000 workplace deaths, according to the most recent government statistics.