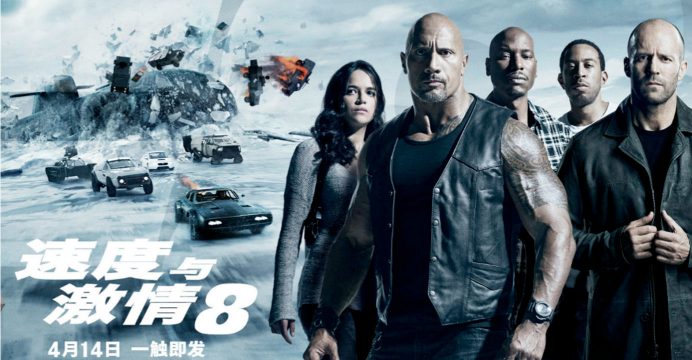 China’s box office sales grew at their fastest pace in over a year in April, driven by the U.S. action movie “The Fate of the Furious”, the eighth instalment of the high-octane fast car franchise.

China’s box office, a magnet for Hollywood producers, saw growth stall last year amid a crackdown on subsidies and a weak slate of movies. Ticket sales grew under 4 percent in 2016, down sharply from around 50-percent growth the year before. 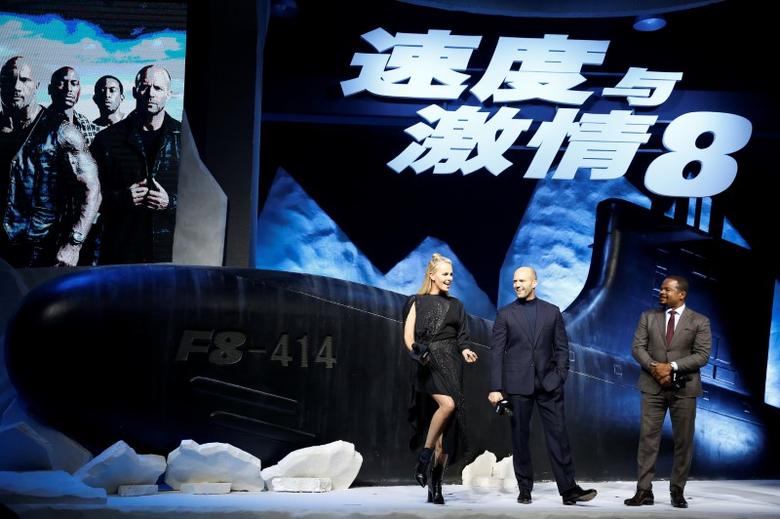 After a stronger start this year, China ticket sales slid again in February and March.

The sharp April rise came on the back of the latest outing from Universal’s hugely-popular Fast and Furious franchise. The film, released in mid-April in China, has so far raked in $362.7 million in the China market, EntGroup data showed.

“The Fate of the Furious”, which stars Vin Diesel and Jason Statham, is the second-highest grossing movie of 2017 so far behind “Beauty and the Beast”, with global ticket sales of $1.06 billion, according to Box Office Mojo.