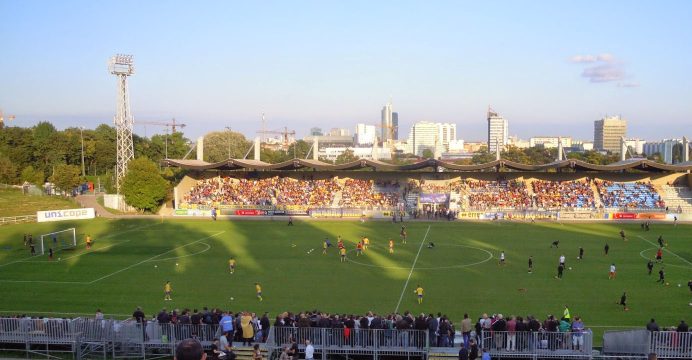 “Vienna til I die!” chanted the fans, in accented English, at a recent rainy match, testament to the British roots of Austria’s oldest football club: the once-mighty First Vienna FC 1894.

But while the few hundred diehard supporters give it their all week in week out, the now dilapidated terraces of what was once continental Europe’s biggest stadium may soon fall silent for ever.

In March the 123-year-old club, which even under the Nazis was allowed to keep its English name “Vienna”, declared itself insolvent and is trying to hammer out a survival plan.

“If it all ends, it will be the end of an era,” sighed Robert Haidinger, head of the supporters club, as he charged five euros ($5.50) for the trickle of cars arriving for the evening match.

“A piece of Viennese history would disappear,” he told AFP.