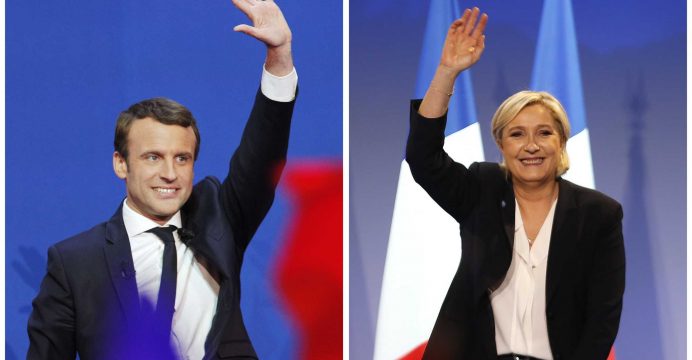 A week before a decisive second round in France’s presidential election, many voters are skeptical that either of the two candidates can solve chronic unemployment or tackle security concerns, a poll published on Sunday found. Polls predict Macron, a former economy minister, will win the May 7 run-off with about 59-60 percent. But the momentum has recently been with Le Pen, who has clawed back about five percentage points over the past week.

According to the Ifop poll, 45 percent of voters believe the two finalists would not put an end to unemployment, which has for years stood close to 10 percent in France. And 36 percent say neither candidate is able to protect France from attacks.

France has been under a state of emergency since 2015 and has suffered a spate of Islamist militant attacks mostly perpetrated by young men who grew up in France and Belgium. More than 230 people have been killed in the past two years.

Days before the April 23 first round, a French policeman was shot dead and two others were wounded in central Paris in an attack claimed by the Islamic State group.

The outcome of the run-off will depend to a large extent on floating voters and potentially high levels of abstention.

In the first round, 22.2 percent of voters abstained: The highest percentage since 2002 when Marine Le Pen’s father, Jean-Marie, surged into the second round only to be defeated overwhelmingly by conservative Jacques Chirac.

If turnout is low in the second round, analysts say Macron may struggle to reproduce the same broad movement against the National Front candidate, citing his mainly free-market policies at a time when anti-establishment feeling has been on the rise in Europe and the United States.

Left-wing candidate Jean-Luc Melenchon, with 19.6 percent of votes in the first round, has urged his supporters to oppose Le Pen but has refused to back Macron for the second round.

Le Pen traveled to Marseille on Sunday to speak on the environment, a key issue for Melenchon supporters, while Macron was expected to visit the Holocaust memorial in Paris later.

The Ifop poll found 42 percent of voters believe Macron and Le Pen would be unable to reunite the country after months of bitter campaigning, while 43 percent questioned whether they would be able to govern even after capturing the Elysee palace.