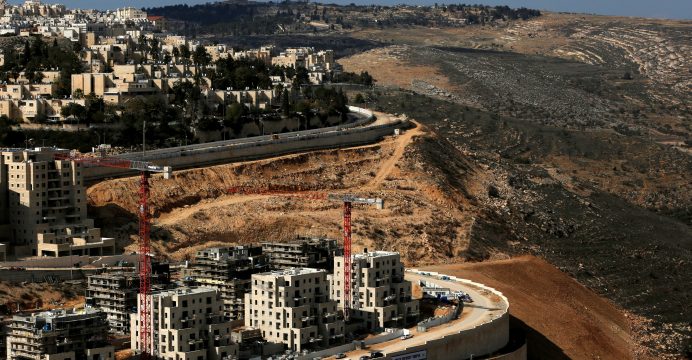 Israel intends to build 15,000 new settlement homes in East Jerusalem, the Housing Ministry said on Friday despite U.S. President Donald Trump’s request to “hold back” on settlements as part of a possible new push for Israeli-Palestinian peace.

A formal announcement of the settlement plan, quickly condemned by the chief Palestinian negotiator, could come around the time Trump is scheduled to visit Israel next month, reports Reuters.

Israel views all of Jerusalem as its “eternal and indivisible capital”, but the Palestinians also want a capital there. Most of the world considers Jerusalem’s status an issue that must be decided through negotiations. The last peace talks between Israel and the Palestinians collapsed in 2014.

Housing Minister Yoav Galant told Israel Radio that his ministry and the Jerusalem Municipality had been working on the plan for two years, with proposals for 25,000 units, 15,000 of which would be in East Jerusalem, which Israel captured in the 1967 Middle East war and later annexed.

“We will build 10,000 units in Jerusalem and some 15,000 within the (extended) municipal boundaries of Jerusalem. It will happen,” he said.

Saeb Erekat, the Palestinians’ chief negotiator, said Israel’s move was a systematic violation of international law and a “deliberate sabotage” of efforts to resume talks.

Channel 2 news said an announcement on building could be made on “Jerusalem Day” which this year, according to the Hebrew calendar, falls on May 24, when Israel celebrates its capture of the eastern part of the city.

This year marks the 50th anniversary, with a large number of celebrations planned. Trump’s visit is expected to take place on or shortly after May 22.

Palestinians want East Jerusalem as the capital of a state they hope to establish in the occupied West Bank and the Hamas-ruled Gaza Strip. Trump told Reuters in an interview at the White House on Thursday that he wanted to see a peace deal.

The U.S. leader met Israeli Prime Minister Benjamin Netanyahu in Washington in February and is to see Palestinian President Mahmoud Abbas at the White House on May 3.

In January, two days after Trump took office, Netanyahu said he was lifting restrictions on settlement construction in East Jerusalem, just as the city’s municipality approved building permits for hundreds of new homes.