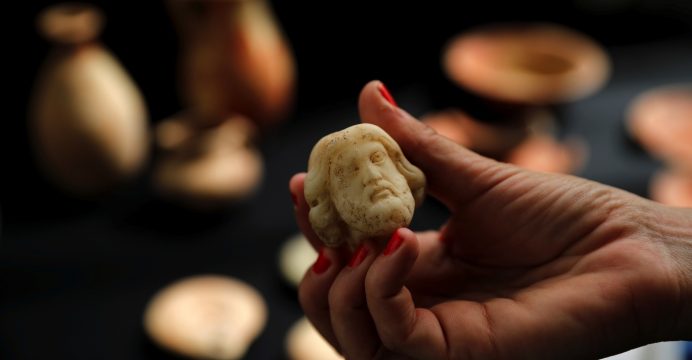 Archaeologists in Israel have begun work to restore a once-towering ancient-Roman temple in the modern-day Mediterranean city of Caesaria.

As part of a $27 million project that aims to triple tourist numbers, scores of workers have erected scaffolding, cleared rubble and begun excavations around the more than 2000-year-old ruins.

Caesaria was a vibrant Roman metropolis built in honor of Emperor Augustus Caesar by King Herod, who ruled Judea from 37 BC until his death in 4 BC.

Historians tell how the temple loomed above the ancient skyline, perhaps as tall as the Acropolis in Athens, and could be seen from afar by ships voyaging to the holy land.

Caesaria already draws about 1 million tourists each year who can walk among the ruins of aqueducts and the region’s oldest surviving Roman theater.

The project’s backers want to turn the city into a major archaeological site in Israel, second only to Jerusalem. The Israel Antiquities Authority hopes the temple restoration will eventually triple the number of visitors.

The first phase – a system of four vaults, or arches, that will be restored on the temple platform – could be completed by the end of the year.