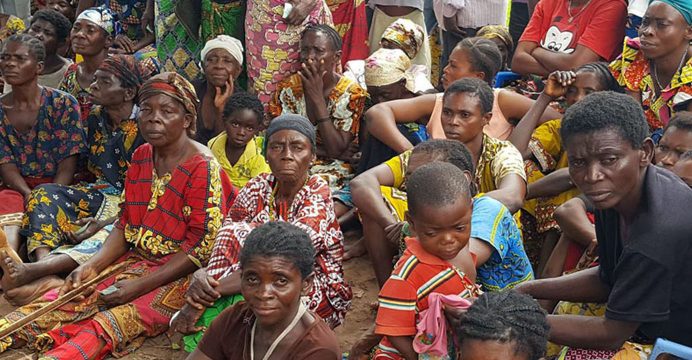 An upsurge in the fighting between Government forces and tribal militias in the provinces of Kasai, Kasai Central, Kasai Oriental, Lomani and Sankuru has affected up to 2.4 million people with more than 11,000 Congolese having fled to neighbouring Angola.

“This internal funding allows us to cover a crucial period between the start-up of our emergency operations for the Kasais and the donor response,” said Jean-Philippe Chauzy, IOM, the UN Migration Agency’s DRC Chief of Mission. “We continue to work with our UN, Congolese and Angolan counterparts to see whether it is possible to launch a cross-border emergency relief operation to reach southern areas of the Kasai, which until now remain inaccessible because of widespread insecurity and a poor network of roads.”

IOM is also coordinating with CARITAS and other Congolese humanitarian actors that have a presence on the ground to see whether they can help with the distribution of shelter and non-food items, some of which might be procured in Angola.

The IOM mission in the DRC is also preparing to position Displacement Tracking Matrix (DTM) experts in its Mbuji Mayi Office in Kasai Oriental to help track and monitor displacements and population mobility, including returnees from Angola. The mission is also planning to deploy additional specialists in shelter and camp coordination and camp management to support the nascent international humanitarian response.

The UN Migration Agency is also looking at ways to build on an on-going Japanese-funded programme that strengthens and improves local capacities to prevent, detect and respond to disease outbreaks and other public health occurrences along the border with Angola.

“The challenges that we and other humanitarians are facing in the parts of the Kasai bordering Angola are considerable,” said Chauzy. “Internal displacements and the return of more than 11,000 Congolese from Angola are exacerbating existing vulnerabilities, including the risks of epidemic outbreak.”

The conflict in central Kasai broke out in 2016 following the refusal of the central Government to recognize the customary authority of Chief Kamwina Nsapu – later killed in a clash with soldiers. Since then, the crisis has spread to seven of the 16 territories in the region, with all sides to the conflict committing indiscriminate acts of violence against the civilian population.