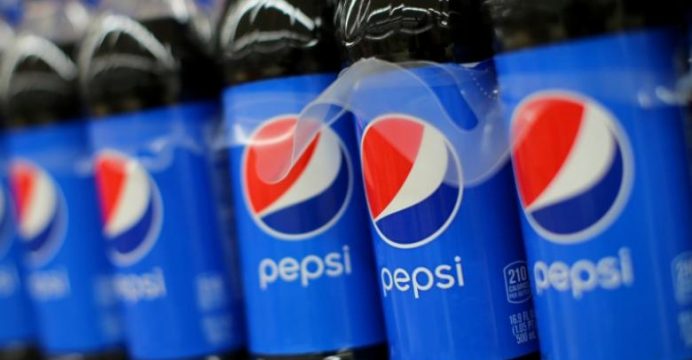 PepsiCo Inc benefited from demand for its healthier drinks and snacks

PepsiCo Inc reported higher-than-expected quarterly revenue and profit as the company benefited from demand for its healthier drinks and snacks and kept a tight leash on costs. The company’s shares, which had risen 9.1 percent this year, were off 1 percent in premarket trading on Wednesday.

PepsiCo and other processed-food makers are investing heavily to meet consumers’ increasing preference for healthier snacks such as unsweetened tea and baked chips, reports Reuters.

The company has said it now gets more than 45 percent of its net revenue from what it called “guilt-free” products – beverages that have fewer than 70 calories per 12 ounces and snacks that have lower amounts of salt and saturated fat.

Cases of Pepsi are shown for sale at a store in Carlsbad, California, U.S.

These include snacks such as Baked Lays, Quaker Breakfast Flats and new versions of Mirinda and 7UP, which have 30 percent less sugar.

Revenue from PepsiCo’s North America beverage business, the company’s biggest, rose 2.3 percent to $4.46 billion. However, some analysts were cautious.

“The quality of the quarter was disappointing as organic revenue, gross margin, and operating margin all came in weaker than we anticipated,” J.P. Morgan Securities analysts wrote in a note.

Earlier this month, PepsiCo was forced to pull a commercial featuring model Kendall Jenner after the ad prompted outrage and ridicule from those who said it trivialized rights protests and public unrest in the United States.