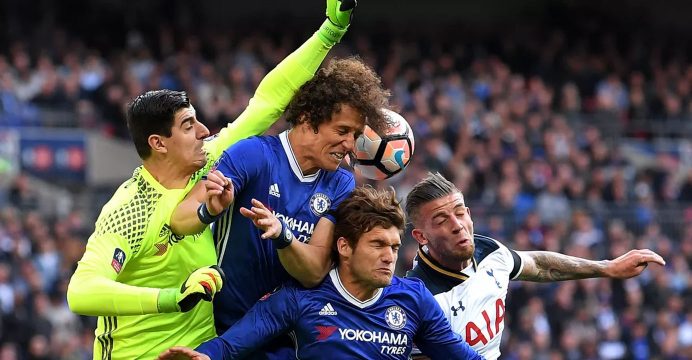 Chelsea calm nerves and extend lead with win over Southampton

Buoyant Chelsea extended their Premier League lead and calmed nerves at Stamford Bridge with a 4-2 win over Southampton on Tuesday that moved them seven points clear of their nearest pursuers Tottenham Hotspur.

Goals from Eden Hazard, captain Gary Cahill and two from a buzzing Diego Costa ensured Chelsea stayed on course for the double after they beat Tottenham by the same score in their FA Cup semi-final at Wembley on Saturday.

The victory pushed Chelsea on to 78 points after 33 games and exerted more pressure on second-placed Spurs, who must win a potentially awkward London derby at Crystal Palace on Wednesday to restore the gap to four points.

“We had a really important psychological test and our answer was good,” manager Antonio Conte said. “We have reached the final of the FA Cup but the other competition is totally open. But we fight until the end.”

Conte juggled his team again on Tuesday starting with Costa and Hazard, who came off the bench at Wembley, and his tactics were rewarded.

It took them less than five minutes to open a lead when Costa controlled a pass from Cesc Fabregas, surged forward and cut the ball back for the advancing Hazard, who angled his shot into the bottom corner of Fraser Forster’s net. 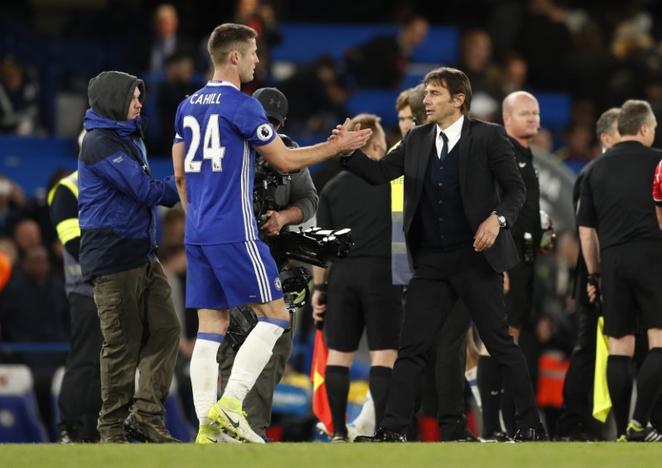 Their industry paid off in the 24th minute when former Chelsea midfielder Oriel Romeu forced home from close range after Gabbiadini’s shot clipped the leg of keeper Thibaut Courtois and fell into his path.

Chelsea’s lead in the Premier League has been chipped away in recent weeks by a resurgent Tottenham, but Saturday’s fiery Cup win had clearly boosted Conte’s side.

They grabbed the lead again just before halftime when a Fabregas corner was cleared only as far as N’Golo Kante 30 meters out. The France midfield curled the ball back into the area for captain Gary Cahill to head home.

Costa, who has been misfiring of late, took his chance in the 53rd minute and powered in a header — his 50th Premier League goal — after a corner and one-two between Faber and Hazard.

He added a well-worked second for good measure in the 89th after a one-two with Hazard.

Contest delighted fans by bringing on club captain John Terry, who announced his end-of-season departure from Chelsea last week after more than 18 years as a senior player, for the last five minutes of the game.

Contest, already a favorite at the ground where two seasons ago Jose Mourn held sway, is aiming to emulate Chelsea predecessor and compatriot Carlo Anecdotist by winning the double in his first year in charge.