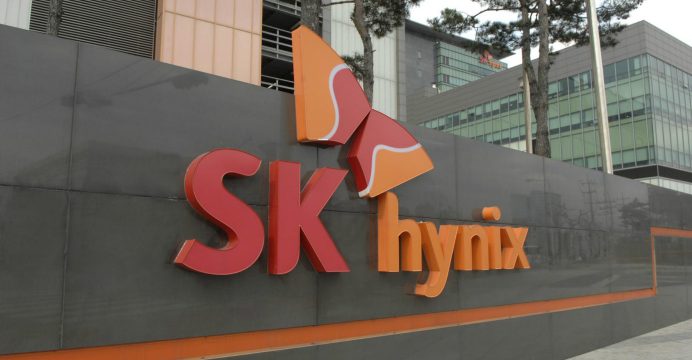 South Korean chipmaker SK Hynix made record quarterly profits in the first three months of the year, it said on Tuesday, with strong demand for memory chips for mobile gadgets pushing up prices.

The firm’s first-quarter net profit surged 324 percent from a year ago to 1.89 trillion won ($1.66 billion) while operating profit jumped 339 percent to 2.4 trillion won — also a record for any quarter, reports BSS.

Prices for DRAM chips — widely used in PCs and computer servers and a key component of the firm’s sales — also rose, it said, adding demand would remain strong due to the popularity of cloud computing services and high-end PCs for gamers.

The firm’s overall sales grew at a slower pace, but were still up 72 percent from a year ago to 6.28 trillion won, another quarterly record. SK Hynix shares rose as much as 1.5 percent in morning trade on the Seoul stock market.

The company is the world’s second-biggest maker of DRAM chips after Samsung, which earlier this month flagged a 48-percent jump in the first-quarter operating profit thanks to strong sales of memory chips.

SK Hynix is currently seeking to take over the semiconductor unit of troubled Japanese tech giant Toshiba, with a consortium led by the firm reportedly offering to pay more than $9 billion.

If the deal goes through, it could make SK Hynix the global number two maker of NAND memory chips, up from its current fifth place.