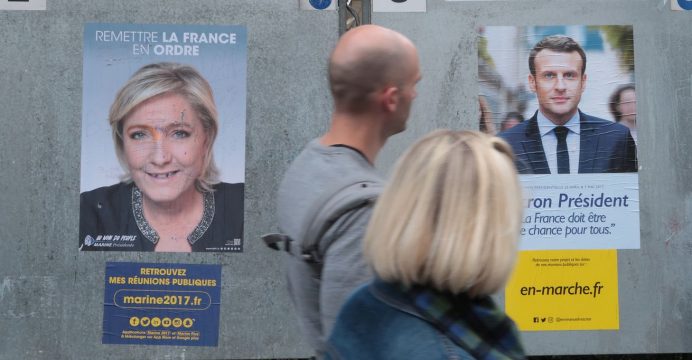 French far-right veteran Jean-Marie Le Pen said on Tuesday his daughter Marine, who faces centrist Emmanuel Macron in a May 7 presidential runoff, should have campaigned more aggressively for Sunday’s first round, following the example of Donald Trump.

The intervention by her father follows her announcement on Monday that she plans to step back from day-to-day management of the far-right party he founded ahead of the runoff and marks the latest tussle between the two of them over its future direction, reports Reuters.

“I think her campaign was too laid-back. If I’d been in her place I would have had a Trump-like campaign, a more open one, very aggressive against those responsible for the decadence of our country, whether left or right,” 88-year-old Jean-Marie Le Pen told RTL radio.

The two have been at odds since Marine Le Pen launched moves to clean the National Front’s image of xenophobic associations in the run-up to the campaign for the 2017 presidency.