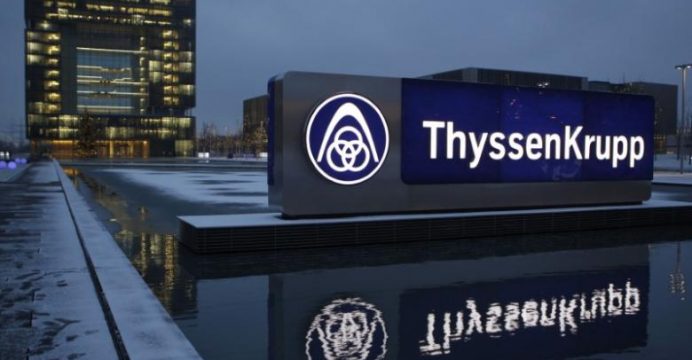 German industrial group Thyssenkrupp plans to open its own 3D printing center this year to manufacture products for its customers, a company executive said on Tuesday.

As well as producing steel, submarines, and elevators, Thyssenkrupp supplies thousands of tons of metal and plastic products and provides supply-chain management services to a quarter of a million customers worldwide.

Some industrial components such as airline or wind-turbine parts can now be made by 3D printing, or additive manufacturing, in which objects are printed in layers directly from a computer design instead of being cut out of blocks of material, reports Reuters.

This saves money on material costs by reducing the number of parts needed tenfold or more, and also saves time from design to manufacturing, allowing objects to be produced in small batches in a cost-effective way. 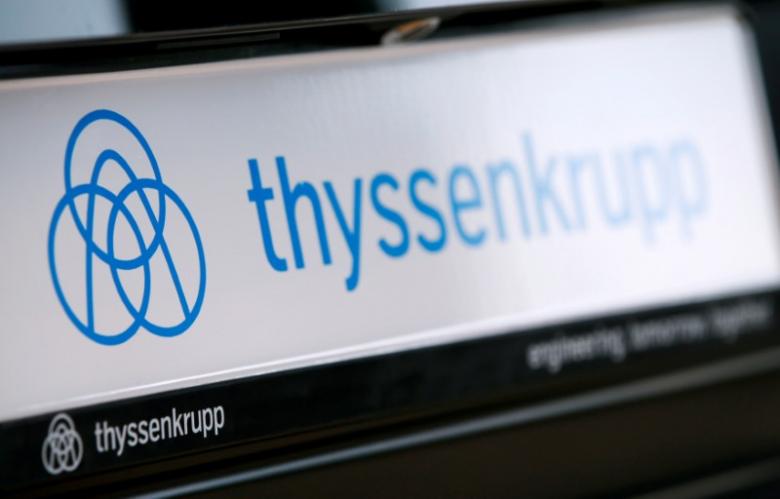 The logo of German steel-to-elevators group ThyssenKrupp AG is pictured during the company’s annual news conference in Essen, Germany

“We start from the engineering side and deliver the final product with all aftersales and related services,” he said in a speech at an event during the Hannover Messe, the world’s biggest industrial fair.

Hoss said the center would be inaugurated in September and would produce both metal and plastic products. He gave no further details.

Additive manufacturing is rapidly gaining the attention of large industrial firms as the technology improves and the pressure for custom manufacturing rises.

General Electric said on Monday it was investing 100 million euros ($109 million) to expand a German 3D printing firm it bought last year – one of two it acquired at a total cost of over $1 billion – and would open a 3D printing customer center in Munich.

GE, a leader in 3D-printed aircraft engine parts, said it had produced 50 percent of the parts needed for a helicopter engine, slashing the number of parts required from 900 to just 16, reducing the weight by around 60 percent and cutting the related costs by 40 percent.

Use of 3D technology is surging. Sales reached $1 billion in 2007, jumped to nearly $5.2 billion in 2015 and are expected to hit $26.5 billion by 2021, according to a report by Wohlers Associates, a consulting firm that analyzes the sector.