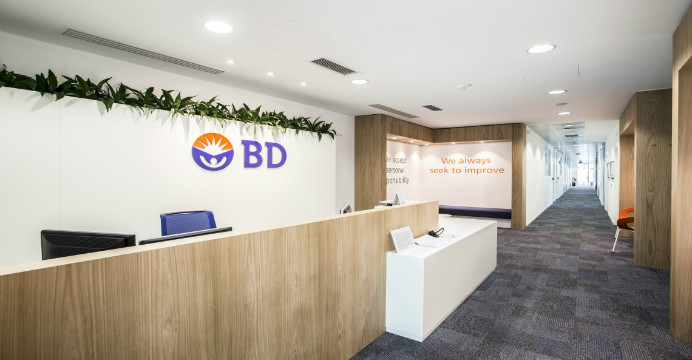 U.S. medical equipment supplier Becton Dickinson and Co will acquire C R Bard Inc, in a $24 billion cash-and-stock deal, adding Bard’s devices to its portfolio in the high-growth sectors of oncology and surgery, both companies said on Sunday.

The deal comes two years after Becton Dickinson acquired CareFusion Corp for $12 billion. It is the latest in a string of deals in the medical technology sector, as manufacturers turn to acquisitions to boost profit margins, reports Reuters.

“We are confident that this combination will deliver meaningful benefits for customers and patients, as we see opportunities to leverage Becton Dickinson’s leadership, especially in medication management and infection prevention,” Bard Chief Executive Officer Tim Ring said in a statement.

The deal values Bard at $317 per share, a 25 percent premium over Friday’s close of trading. Bard shareholders stand to receive $222.93 in cash and 0.5077 shares of Becton Dickinson for each of their shares, the companies said. This would lead to Bard shareholders owning about 15 percent of the combined company.

Becton Dickinson said the deal with Bard will expand its focus on the treatment of disease states beyond diabetes, to include peripheral vascular disease, urology, hernia and cancer.

“We will be able to partner (with providers) on fundamental treatment processes in a way that no one else can,” Becton Dickinson CEO Vincent Forlenza said in an interview.

Becton Dickinson, based in Franklin Lakes, New Jersey, said it expected the acquisition to boost non-U.S. growth options in markets such as China, and to raise per-share earnings in the fiscal year 2019. Some $300 million in annual “pre-tax run-rate cost synergies” are expected by 2020, the company said.

Becton Dickinson and Bard said they expected their deal to close in the fall of 2017, subject to regulatory and shareholder approvals.