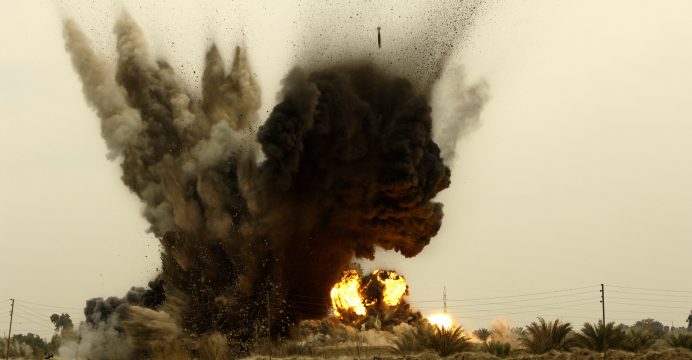 Afghan defense chief quits over attack, as Mattis flies in

Afghanistan’s defence minister and army chief of staff resigned on Monday after the deadliest ever Taliban attack on a military base, threatening to overshadow a visit by U.S. Defense Secretary Jim Mattis as Washington looks to craft a new strategy for the country.

Mattis was expected to meet Afghan officials and U.S. commanders who are pushing for more troops. But his arrival in Kabul came amid the fall-out from Friday’s Taliban assault on a base in the north of the country in which more than 140 Afghan soldiers were killed, reports Reuters.

“Defence Minister Abdullah Habibi and Army Chief of Staff Qadam Shah Shahim stepped down with immediate effect,” the office of Afghan President Ashraf Ghani announced in a post on its Twitter account.

Shah Hussain Murtazawi, acting spokesman for Ghani, told Reuters the resignations were because of Friday’s attack on a major army base in the city of Mazar-i-Sharif.

Ghani’s office also announced that he had replaced the commanders of four army corps in response to the attack, and defence officials said as many as eight army personnel had been arrested – heightening suspicions the attackers had inside help.

The attack underlines the scale of the challenge facing the Western-backed government and its international partners more than 15 years after the United States invaded the country.

Habibi had come under intense pressure from Afghan lawmakers following an Islamic State attack on a Kabul military hospital in March.

At a news conference on Monday, Habibi and Shahim insisted their resignations were voluntary.

“We should always look for solutions to problems and therefore I have decided that there should be another guardian standing guard,” Habibi told reporters.