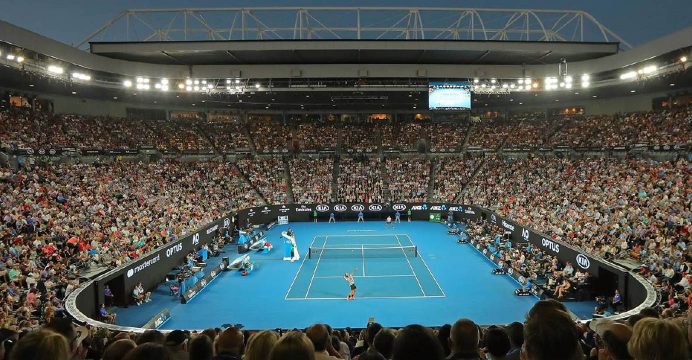 5,000-seat stadium to be built at home of the Australian Open

A new 5,000-seat stadium has been announced for the home of the Australian Open.

Work on the unnamed new stadium, announced by the Victorian Government on Monday, will begin in 2019 as part of the 204-million-U.S. dollar stage three redevelopment of Melbourne Park.

The sunken stadium will be the centerpiece of the government’s new budget which is due in May.

Tim Pallas, Victoria’s premier, said the project would create 600 jobs and would ensure the Australian Open remained in Melbourne for the foreseeable future.

“This project will mean more visitors, more jobs, and even more chances to showcase to the world that Victoria has the best of everything,” Pallas told News Limited in comments published on Monday.

“It is a pretty good facility, but we want the best facility, not only in the nation but in the world.

A futuristic pod which will contain restaurants, bars and player facilities, will also be built on the concourse outside Rod Laver Arena.

The final stage of the redevelopment is expected to be completed in time for the 2022 Australian Open.

“The state government is showing its belief the Australian Open is one of the premier sporting and entertainment events.” tournament director Craig Tiley said.

A total of 728,000 fans attended the 2017 Australian Open, making it the single most attended Grand Slam tournament of all time.

Outside of tennis, the boutique stadium will also be used for basketball, concerts and other sports.