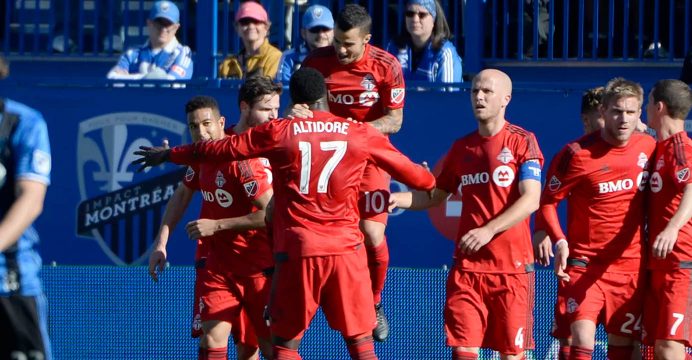 The victory was Toronto’s second of the 2017 campaign and snapped a three-game streak without a win.

The Fire have yet to win on the road this season, their only point in three away games coming on the opening day of the season in a 1-1 draw at Columbus.

Coming into the contest Giovinco had scored just once in five matches.

But he didn’t hesitate to go after Chicago goalkeeper Jorge Bava, and his persistence paid off in the 28th minute.

Taking a pass from Victor Vazquez, Giovinco cut toward the middle and fired a low shot from that went through a defenders legs and past Bava.

Giovinco capped Toronto’s scoring, curling in a right-footed free kick from about 25 yards out that left Bava helpless.

Playing in his first away game since joining the Fire, German World Cup-winning forward Bastian Schweinsteiger made little impact and was replaced in the 84th minute.